Horizone is a five-piece dub/funk band out of Christchurch featuring synthy vibes with elements of hip hop. 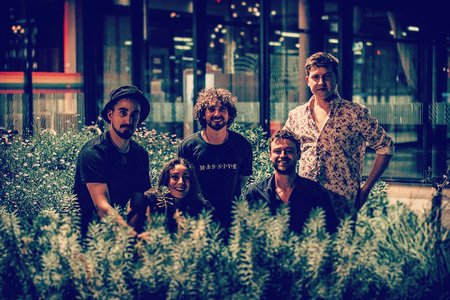 Their latest single ‘Shine' has been described as soulful and rhythmic, and features jazzy keys and vocal harmonies amongst the uplifting sounds listeners have come to expect from the band. Horizone wrote and recorded ‘Shine' while touring New Zealand at the start of 2019, and the summer vibes of the tour ring true in the lyrics and melody.

Taking influence from the likes of Sticky Fingers, Ocean Alley and Anderson Paak, Horizone's tracklist and popularity is building as they establish their roots in the New Zealand music scene. The band supported Son's of Zion late last year, and brought in the New Year taking the stage to headline a near-capacity crowd at The Mussel Inn in Golden Bay. Their most recent gig in May 2019 was a sold out show, opening for Great Gable at Blue Smoke in Christchurch.

More new music is on the horizon. Their next single ‘Northern Lights' is scheduled for release on 1st July 2019, and features layered synth and guitar effects to create a full-flavoured and textured track. Horizone are also working on a debut album, which is due to drop later this year.