HOT ON THE HEELS OF THEIR PHENOMENAL STREAMING SUCCESS, NZ BAND CAPITAL THEATRE ANNOUNCE: a HERO’S JOURNEY ALBUM AND TOUR THIS JULY

Capital Theatre announce their debut album A HERO'S JOURNEY will be released on June 24 and they will then take to the road on a national tour commencing July 12. 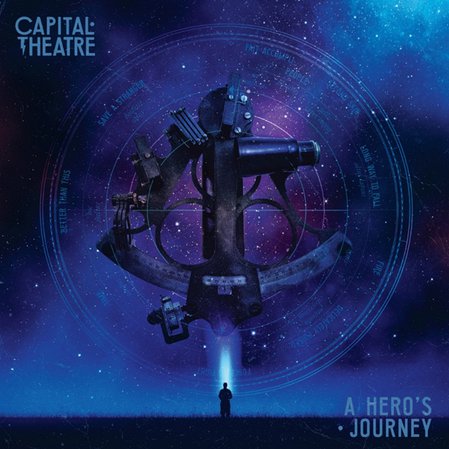 A HERO'S JOURNEY is a visceral showcase of the edgy, melodic sound Capital Theatre are known for. The alternative rock trio present 10 tracks on A HERO'S JOURNEY, including the most recent single Delicately Poised which has generated a phenomenal streaming performance with over 12 million streams.


“The hero’s journey is the blueprint for so many great stories of our time, and so we decided to map out the album based on that framework,” says Capital Theatre front-man Adam Stevenson. “It begins at the status quo, then moves through coming-of-age and the call to adventure, the trials and tribulations and then finally the moment of triumph over adversity. It was such rich territory to write against, and ended up giving us this amazing template for examining the human experience.”

Made with legendary producer Mike Clink (Guns N" Roses, Megadeth, Steve Vai), who comments “What attracted me to the project is that each song takes you on a journey delivered with conviction through the music and the lyrics. From pre-production through recording, we fine-tuned each song to capture those messages. While this album was technically challenging to record with distance and time changes, it did not diminish the quality. Paul, Adam and Roy, are a band of brothers and I enjoyed being on this journey with them.”

To support the album release the boys are also hitting the road in July.  “We started Capital Theatre almost three years ago now, with a key focus on playing live rock music. As we all know over the past two years, live gigs have been hard to come by, so now with a trip the U.S to play showcases and a New Zealand tour when we return, we are amping to get out and play this album live, it will be a great rock experience for everyone that comes along to one of the shows” says Adam.