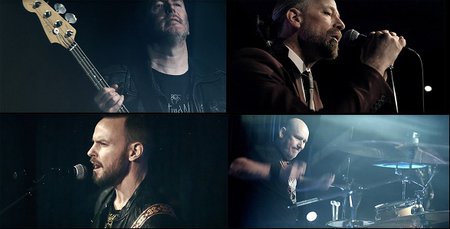 Auckland-based heavy rockers Hunt The Witch have teamed up with a posse of independent radio shows and websites to launch their brand new video for ‘Sold the World’.

The video has debuted across sites in New Zealand and Australia, meaning fans can visit sites around the country as well as Brisbane’s 4ZZZ to view it.

By joining forces with these shows and websites to share it, Hunt the Witch want to send a thank you to the independent music community for their support of local artists. It's a chance to highlight the great network of independent media across the country (and internationally).
The video for ‘Sold the World’ is directed by respected photographer Paul Taylor, who has made videos forKendall Elise, Bleeders and The Checks to name but a few.

Sam Whitley’s lyrics are very timely: the song is an observation of our current political and economic system, driven by a constant need for economic growth, but inevitably unsustainable. Driven also by a select few governments and corporations – as he calls them, 'the paper men'. They fight wars to protect their interests and doom us with their greed.

‘Sold the World’ is from the debut album by Hunt the Witch: Strange Gods, released in May this year after 6 years of crafting their sound.
The album showcases the talents of singer Sam Whitley, Bevan Carbines (guitar), Jason Clarke(bass) and Pumpkinhead's Jason Peters on drums, presenting a supernatural combo of scorching stoner-rock riffage, powerhouse percussion and Whitley's possessed vocals. The live shows introduce new bassist Andrew Woods.
They may be heavy, but Hunt The Witch have eclectic influences – their name comes from the Bloc Partytrack ‘Hunting for Witches’.
You can watch ‘Sold the World’ on the following sites:

Hunt the Witch would also like to thank the following for their support:
95bFM Drive with Jonny and Big Hungry