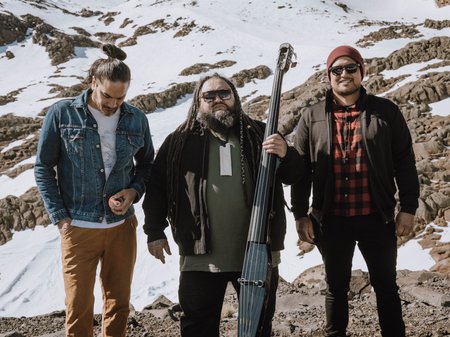 Debut EP the Art of Out February 23

Their song ‘Te Aho Tapu’ was part of Waiata Anthems Week and charted on the New Zealand Te Reo and Alternative Charts. Both tracks feature on IA's forthcoming EP, The Art Of, due out February 23, 2023.

‘Ruia Taitea’ is a stripped-back waiata inspired by the art of carving. Reti Hedley, lead singer of IA, says, "The song draws upon metaphors used in carving that describe a carver's ability to bring out pieces they are trying to create within rakau/wood.The particular whakatauki/proverb referenced in this waiata is ‘Ruia Te Taitea, Ka Tu Taikaka’ strip away the bark to reveal the heart within.


"We have related this to how we all have a beauty, a mauri, a mana inside of us that sometimes isn't always seen by others and even ourselves. It's up to us to strip away the bark so that we can see our own worth."

Hedley continues: "I think this waiata speaks to the modern Māori who is still in the process of decolonising intergenerational self worth and cultural degradation. As we rediscover ourselves as Māori in the modern world, we have to strip away some of the colonial baggage."

The accompanying video is a live version of ‘Ruia Taitea’ performed on Mount Ruapehu. The maunga has special significance as Reti's whakapapa and the proverb which inspired this waiata comes from Ngāti Tūwharetoa the land of Ruapehu Maunga.