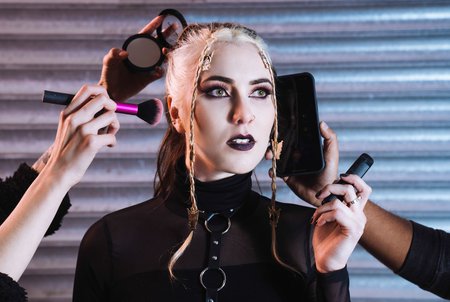 Listen to ‘ So Long’ here

Returning to the music scene having already established a successful career in theatre all over the world, Aotearoa born Cassa (Cassandra McCowan) has returned home to release her first single ‘So Long’. Cassa opened for Sting and Rod Stewart before moving to London to fulfil her lifelong dream of the West End, becoming an original cast member for Andrew Lloyd Webber’s ’School of Rock’. From performing 8 shows a week at the top of her game to returning home to lockdown and uncertainty, Cassa took stock of her years on this planet and found inspiration and connection to music again from her homeland. With a degree in classical music and a Masters of Arts, a daily playlist ranging from grime to grunge, jazz to screamo seems out of place. But this breadth of musical knowledge has helped to mould a unique pop sound, true to her genuine love of music. Linking up with FiveAM sound and producer Dan Martin helped bring some of her ideas to life, which has accumulated in her first EP..

About ‘So Long’
Talks about the delayed emotional response to a relationship ending and the sad reality of conditional love. Combining soaring vocals with catchy and raw lyrics, cassa’s pop career will be only one notch on her musical belt