Tāmaki Makaurau based songwriter and multi-instrumentalist Isaac Jeffreys is releasing his debut Single on the 14th of this May, as part of his first solo venture. The single ‘Echoes’ is one of four songs on Jeffrey’s first EP ‘This New Feeling Called Bliss’ releasing on the 27th of May, and will provide a preview into the groovy psychedelic experience yet to come. Jeffreys describes the single as “a groovy slow paced jam featuring lush synths, a tight bassline and experimental production” and is excited for listeners to experience the single alongside a music video also releasing on the 14th of May. 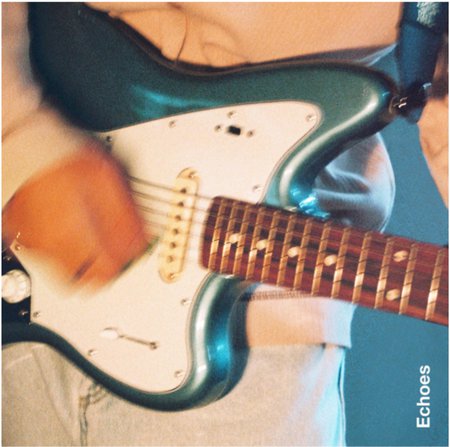 Jeffreys is no stranger to the music industry playing as a session musician, and backing band for the likes of LAIIKA, Angelo Macklin, Igloo and Centuries but this solo project puts Jeffreys and his music in the spotlight for the first time. ‘This new feeling called bliss’ has been a labour of love for Jefferys for sometime now with its inception taking place in the Waitakere Ranges after Jeffreys decided to quit his job to focus on the project. The EP then warped to reflect Jeffreys environment and many of the life changes he experienced over the year long sonic exploration. The EP is also independently produced from start to finish by Jeffereys himself so is a deeply personal project, which for listeners can be heard in the attention to detail and lyrical narrative that flows throughout ‘This New Feeling called Bliss’.

Eight years ago Isaac Jeffreys bought a dirt cheap second hand mixer and developed his obsession for writing and recording music. This may be his first time emerging as a solo artist but Jeffreys has been keeping himself busy playing and recording as part of LAIIKA, Angelo Macklin, Igloo, and Centuries. Which has led him to play alongside the likes of Soaked Oats and Voom and on lineups for Rhythm and Vines, Outerfields, Splore and more. Through these experiences he has formed a tight knit circle of musicians who have helped to develop his solo endeavours, notably LAIIKA’s Gracie Moller who provided back up vocals for his debut EP. As well as those he surrounds himself with, Jeffreys music is heavily influenced by his environment and lifestyle growing up in Piha. As it was there he discovered his love for psychedelic sounds and decided to spend his hours exploring and creating sounds inspired by the likes of Tame Impala and Pond.

“I view it as my exploration and experimentation within live instruments and analogue sounds. A deeply personal project that requires an engaged and reflective listen.”