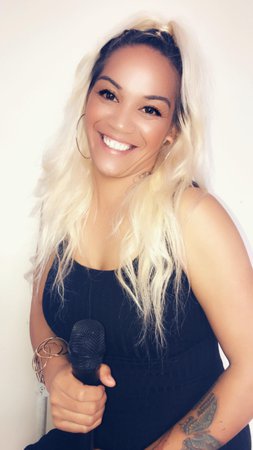 August 9 - Waatea Music is celebrating two of its artists who have been named as finalists at this year’s National Waiata Maori Music Awards.

Maaka said he was humbled to be a finalist again. It is his 8th time as a finalist at the awards, which this year will be held in Hastings on September 13, 2019.

Maaka was named winner of Best Male Solo Artist at the 2017 awards event and would like to repeat the achievement in 2019 with his album, Ngaro.

He said the new album focuses more on his journey over the past few years, full of highs and lows.

“And at various points I’ve felt a little lost. But as Lauryn Hill once said, 'I had to lose myself, to find myself', which is the main theme behind the track with Rei, Ngaro.”

Maaka highlighted two other songs on the album including Koe koe ra and Kahurangi.

“Koe koe ra is about finding the 'one'. That one person you can’t stop thinking about no matter how hard you try to get them out of your head.

“Call it love, call it lust, I’ll let the listener decide that for themselves, but it’s about the memories you make with that person and never forgetting about how that person influences your life.”

Kahurangi was based of the whakatauaki: 'Whaia te iti kahurangi, me he tuohu koe he maunga teitei. Strive for the best. Should you bow to anything, let it be to a lofty mountain'.

“I think I was at a point where I wanted to be more proactive in every aspect of my life and not just musically but also in terms of health and wellbeing.”

He said the song encourages people to “never settle for anything less than you deserve”.

“That can be hard to get a grip on sometimes.

“Maori have this 'whakaiti' mentality, always humble and never wanting the spotlight.

“I had to learn that even though I didn’t ask for the recognition or fame, or awards, it’s all part of the job and part of a bigger purpose.”

Maaka is of Ngati Porou, Ngati Kahungunu, Ngai Tuhoe and Samoan descent and said he’ll be attending the awards this year with his whanau.

“They’re already fighting over who is coming with me. I wish I could bring them all.”

JaLeace is also planning to attend the Waiata Maori Music Awards this year.

The 27-year-old singer is of Ngapuhi and Tainui descent and originally lived in Wainuiomata near Wellington before moving to Paeroa.

She signed with Waatea Music earlier this year and has wasted no time releasing her debut single, Friday, for NZ Music Month in May.

In July she released her debut EP, “Love for the mic”, in time for Te Marama Pūoru Waiata Māori - Maori Music Month in August.

“C-Traxx is awesome. He’s great to work with and we both have good communication skills which makes it a lot easier when we’re working in the studio and recording together.

“I found that it’s good to have a strong connection with your music producer, someone you can work with and that knows a lot more about the music industry.

“It results in a much better music album.”

She said she was very excited to be named as a finalist at the Waiata Maori Music Awards for the first time and planned to attend the event with her producer, C-Traxx and her Waatea Music team.