One of indie-pop’s most colourful characters, Jed Parsons, has today given fans another taste of what’s in store for them on his sophomore album, with the release of his new single ‘Sad Together’. 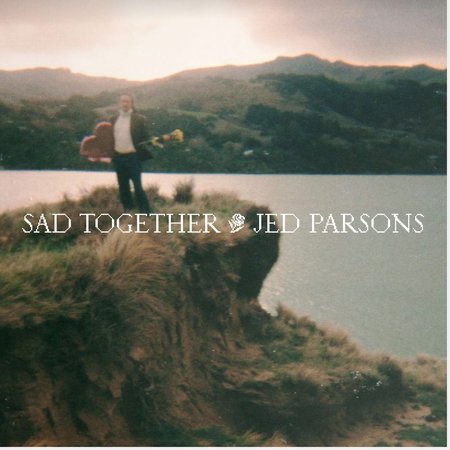 ‘Sad Together’ is all about the strange sort of synchronicity that comes with being in a stable loving relationship, says Christchurch-based Parsons.

“There is an interesting sense of harmony that comes with shared feelings of grief, sadness or anger. As long as those feelings aren’t deeply rooted and toxic, they can contribute positively to the journey of being in love. This song is intended to be a reminder of that.”

In keeping with Parsons’ knack for turning out quirky and compelling visuals that perfectly accompany his songs. ‘Sad Together’ comes with a video made by Sports Team,nominated in this year’s Aotearoa Music Awards for The Beths’ video for ‘I’m Not Getting Excited’.

“It opens with a ‘that scene’ from every Hollywood rom-com movie, where the male protagonist gets the door slammed in his face after screwing up big-time. The video follows his subsequent sad walk down the street and beyond, leading to a bigger twist than M. Night Shyamalan could have pulled off,” explains Parsons.

Watch the video for ‘Sad Together’ here

Parsons’ music balances eccentricity and energy with intimacy and musical sensitivity, maintaining a focus on catchy hooks and lyrical prowess.

“If you’re a fan of upbeat indie-pop, then you might already be aware of Kiwi muso Jed Parsons. But if not, he’s undoubtedly about to become one of your new favourite artists…” - Tone Deaf, Australia