‘Discotheque’ is Jodie Champion’s debut single that is destined to be a house anthem of 2021 - filled with funky synths and a euphoric hook, ‘Discotheque’ is the party tune that’ll have everyone up off their seat and dancing to the beat. 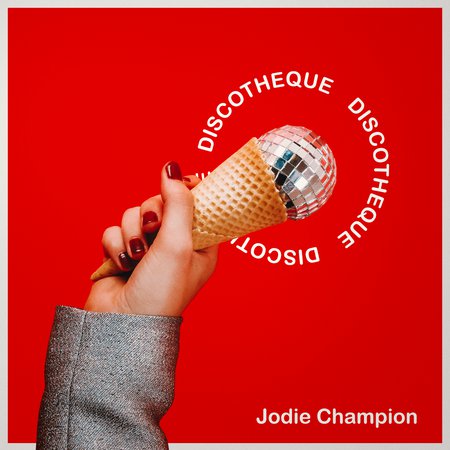 Auckland based DJ and Singer/Songwriter “JODIE CHAMPION” has been on a steady rise in the DJ scene over the last year. Despite the pandemic holding back her 2020 gig plans, Jodie made the most of the time indoors and honed her focus in on recording her own music.

“I was gutted to miss out playing so many gigs last year - especially George FM Springbreak Fiji, that was hard - I had my bikini packed and an awesome set and nowhere to go! It was a case of turning things around to be positive and use the time to play guitar, create beats and write lyrics - channelling my energy into what I love to do. I’ve always wanted to mix my own tunes into my house sets and I’m grateful 2020 gave me the time to do it!”

Champion has created a buzz throughout the Auckland Club scene since her arrival and is one to watch for 2021. The 24 year old, real name Jodie Champion, was born into a musical household - Jodie was grooving to house music and funk and disco from day one. From her song writer/singer mother to her bass playing father, It was Champion’s destiny that she would follow the family tradition of living and breathing music in all its forms.

Jodie Champion is a talented musician in her own right - an accomplished guitarist with powerhouse vocals and songwriting abilities she has smoothly translated into the field of djing. Groove, Funk, & Techno House are her musical favourites & serve as a source of inspiration, as she plays sets that bring crowds together on the dance floor with her zealous sense of energy and fun.

To say the past year has been a crazy whirlwind for Champion would be an understatement - it's her first year in the studio and definitely not going to be her last, with more releases in the pipeline for 2021. Champion is thrilled to share this track with the world and can’t wait to see people getting down on the dance floor to the intoxicating beat of her debut single ‘Discotheque’.