Joel and Gemma Little Are Proud to Announce That BIG FAN, Their World-class Music Hub in Morningside, Auckland, Is Now Open for Venue Enquiries and Studio Hire.

Homegrown Grammy Award winner Joel Little has created chart-topping hits with the likes of Taylor Swift, Khalid and Imagine Dragons and now the internationally sought-after songwriter and producer is launching a world-class music hub to foster local talent in the heart of Tāmaki Makaurau’s Morningside. 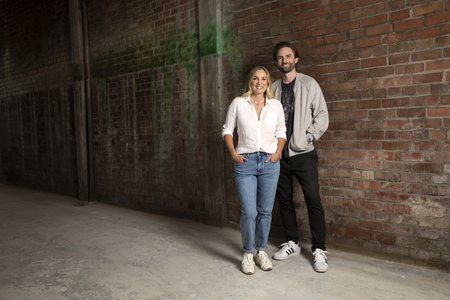 From today, BIG FAN is officially opening its doors – and its website – for venue enquiries and studio hire. Offering state-of-the-art recording facilities and a purpose-built performance space, BIG FAN is dedicated to helping people fulfil their ambitions through music.

The world-class facility, created and developed by Joel and his wife Gemma, is their gift to Aotearoa. BIG FAN will be run through a newly established charitable trust, The Little Family Foundation. The not-for-profit entity will be supported in part by venue and studio hire, with all revenue reinvested into the space and the work that goes on there.

Fittingly, it’s just around the corner from the Morningside studio where, nine years ago, Joel produced and co-wrote Lorde’s debut album Pure Heroine and made music history with Royals, which spent nine weeks at #1 on the Billboard Hot 100.

“Music has benefited my life and my family’s life in so many ways, and BIG FAN is an opportunity to give something back, to reinvest in our industry and to support the future of NZ music,” says Joel. “I feel like there’s a responsibility that comes with success, so I’m glad I can use it to do something like this.

“I want BIG FAN to provide the same sort of support network for music that exists for other industries in our country – that has made the All Blacks, our film-makers and those in the tech sector world leaders in their field.”

BIG FAN is one of the largest gifts ever made to New Zealand music, and could not have come at a better time given the pressures touring artists and live music venues have faced due to the global pandemic. BIG FAN is geared to become a thriving ecosystem for people and music, providing three high-end recording studios and a licensed live venue in the city fringe that’s equipped for both all-ages and 18+ shows. BIG FAN will also offer workshops covering every facet of the music industry, as well as one-on-one mentoring and many other educational and up-skilling opportunities.

Engaging with communities and individuals throughout Aotearoa is key to BIG FAN’s kaupapa, with plans in place for programmes that will provide free or heavily subsidised studio time, along with industry education and networking opportunities for those who would not typically have access to them.

“The idea is that the centre will be a community space where people can both learn from the experts and inspire and encourage each other,” says Gemma. “The not-for-profit aspect levels the playing field for anyone to access it no matter their financial resources.”

BIG FAN is in great hands, with industry stalwart Savina Fountain at the helm. As General Manager, she will spearhead the organisation to make BIG FAN a self-sustaining and thriving hub for New Zealand music, putting her almost two decades of experience working in Aotearoa’s music scene to good use.

“We know that music can change lives and uplift communities in positive ways. We also know that, although Aotearoa has a wealth of talent, many people don’t have the opportunity to fulfil their potential,” Savina says. “BIG FAN aims to be a nurturing and supportive space where this talent can flourish and provides the facilities for people to gain real-world experience in almost every aspect of the music industry.”

“I remember what it was like for me in the early days,” Joel reflects. “There was nothing like this and it would have made a huge difference. I was lucky to be given the right support along the way, but I know it’s tough for young musicians to find the settings and the framework and the finances to fulfil their potential, and that’s where BIG FAN comes in.

“I’m living proof that the people who make it are the ones who got the chance to try,” says Joel. “BIG FAN aims to give everyone that chance.”

More information on BIG FAN’s launch series will be released in October.

To enquire about the world-class studio and venue facilities at BIG FAN or for more information, please visit: www.bigfan.co.nz.