Keira's love of songwriting and performing, along with her passion for writing and music are evident in her 1st release, Lying on the Grass. 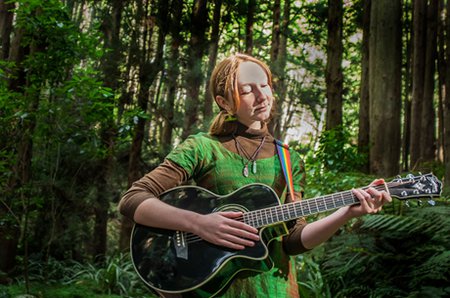 The song was written, composed and produced last year, at age 13 and is the 1st of 3 singles to be released this year; a huge accomplishment for such a young musician. Her silky voice and thought-provoking lyrics allow you to lose yourself in the song, something that has contributed to Keira recently winning the Dunedin Fringe Festival 2021 People’s Choice Award for Best Public Performance.

Keira: “The song idea came to me while I was lying on the grass, chilling with my cats. Looking up at the sky, I felt at peace and in awe of the beautiful world around us. I thought about the impact we have had on Earth, it’s dwellers, and on each other. I wondered what life would be like if we could be whisked away from all the negativity, the constant judging, comparing and endless opinions. Even though we can’t physically be projected into the atmosphere, it’s important to have a place you can take your mind to, that the opinions can’t reach.”

Radio One 91FM Live to Air Interview and Performance 8am 27th May 2021,
Performing on Channel 39 as part of the NZ Music Month Extravaganza 4pm Saturday 29th May 2021.

Written and composed by Keira Wallace