Aotearoa’s critically-acclaimed and intriguing story-teller, Kendall Elise, is back with a sensual new single, ‘I Want’. The moody track is the third and final single to be released off her upcoming sophomore album, LET THE NIGHT IN, out Friday, August 27. 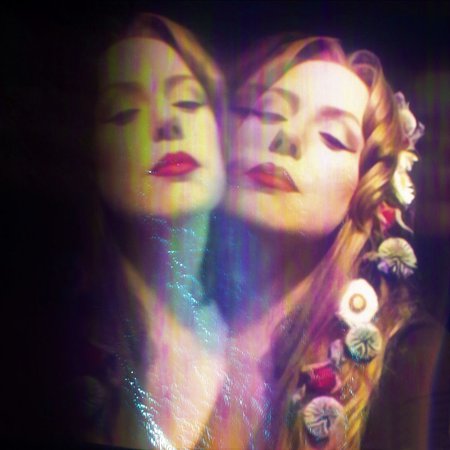 With its trance-like pulse and minimalist arrangement, ‘I Want’ walks the line between wanting to express the dark side of lust and grappling with the internal fear of rejection.

Building to soaring organs and guitars, Kendall says: “It's finally admitting out loud to your object of desire, your all-consuming longing for connection, having it reciprocated, and then the resulting high.”

Kendall has also announced that her upcoming album, LET THE NIGHT IN, will be released into the world on Friday, August 27.

The album contains the already released tracks ‘Between Hello and Goodbye’ (a finalist for the APRA Best Country Music Song at this year’s Country Music Awards) and Kendall’s unique rockabilly spin on Suzi Quatro’s iconic 70s hit ‘Your Mamma Won’t Like Me’.

Now, ‘I Want’ reveals yet another individual expression of the album’s overarching themes. “Each track has its own unique sound, but they all fit within the context of the album's themes of reaching catharsis; a pivotal moment or breaking point.”

To celebrate the release of LET THE NIGHT IN, Kendall Elise is also excited to announce the album release tour across the North Island of Aotearoa. With a special one-off launch show at Flying Out in Auckland on Saturday August 28 to preview the album; the tour then kicks off from Friday September 3 at Auckland’s Phoenix Bar. The tour then takes in Gisborne (September 11), Reporoa (September 12), Hamilton (September 18), Tauranga (October 2), Thames (October 3), Kumeu (October 23) before finishing up in Wellington at MOON on November 5. Kendall will be joined on all dates (except the Flying Out preview show and Wellington) by Beth Torrance. Echo Children joins the line-up for Auckland on September 3; while Maorissey joins Gisborne on September 11. Stellarize are the support act for Wellington to end the tour. Tickets are on sale now from www.undertheradar.co.nz , while the Tauranga show is on sale from www.eventspronto.co.nz

With an impressive career to date, Kendall has toured with, and opened for the likes of Midge Marsden, Tami Neilson, Larkin Poe, Gin Wigmore and Bic Runga. In 2019, she released her debut album RED EARTH, which debuted at #12 in the NZ Music Album charts and earned Kendall a spot in the Top 3 finalists for the 2020 Recorded Music New Zealand Best Country Artist.

Stay tuned for Kendall Elise’s sophomore album LET THE NIGHT IN out Friday, August 27, which once again raises the bar for one of New Zealand’s most intriguing and beguiling artists. And make sure to get your ticket today to see Kendall Elise live in concert.