Musicians from the Auckland blues-rock scene have formed a band, and produced unique sound, culminating in their first single release today. 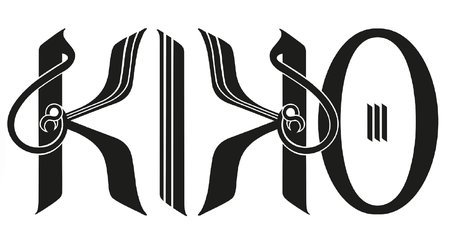 They will release their debut single, Patupaiarehe , for Te Wiki O Te Reo Maori, under the Waatea Music label.
The track is a tale of the super natural Patupaiarehe, a tribe of gods said to have lived in Aotearoa when Maori first arrived in the 13th century."The story tries to imagine what these creatures would be doing if they were still alive today and what their take on the world would be," says Rewi McLay, who is the band's lead singer, guitarist and songwriter."Stylistically the track is somewhat reminiscent of Santana but with a modern/classical/gypsy take on it. "It is the definition of fusion and for a debut track, it's a sign of more good things to come for the band."

McLay is excited about the song's release and it was really the hard work put into writing and producing the track, with engineer/producer Nathan Judd, which provided the inspiration to form a new band. "Kara and I worked on the song together with our producer. It turned out to be a successful tune so we thought, let's write some more songs and from there we brought in the others and formed a band."

McLay's favourite artists include Jimmy Hendricks, Led Zeppelin, Bob Marley, The Doors and Santana. The other musicians in the band also have their own influences but together, Kiko is very much a "guitar-led" band.
"Guitars have been a prominent fixture in Maori songs for the past 50 years so we are continuing that on. But it's also hard to define our sound, it's definitely a fusion of many genres into one."

Te reo Maori also features highly on the band's radar. The lyrics to Patupaiarehe have a strong reo flavour and it is something McLay hopes to build on for future songs, albums and projects."Te reo Maori has been a big part of my life. None of the other band members speak Maori so this is a good way to encourage others to learn and use it too."

All of the band members have either worked together on other projects or knew one another from other bands.
McLay is also from Harvey Knows A Killer. He writes the lyrics for Kiko's songs but everyone has a say in song structure. Kara Gordon was the lead guitarist in Fly My Pretty's and front man for The Wreckage and The Triptonites. He opened for acts such as Slash, Deep Purple, Elton John, and Black Sabbath to name a few.
Lucas Wharewaka is the lead guitarist and front man for Strangely Arousing. Nathan Judd plays a key role as the producer of the band who can be quite influential in what the finished product sounds like.
"We've all come from different backgrounds but we have all been immersed in the rock/blues scene and have similar connections in the music industry."

Kiko plans to release an EP, featuring te reo Maori songs in March, and an English EP will follow later next year.
The band is keen to tour the songs around New Zealand later on."We're really keen to raise our profile first and then get out there on tour."