KIWI ARTIST RORY NOBLE ANNOUNCES DEBUT EP: WHERE DO WE GO WHEN THE WORLD ENDS 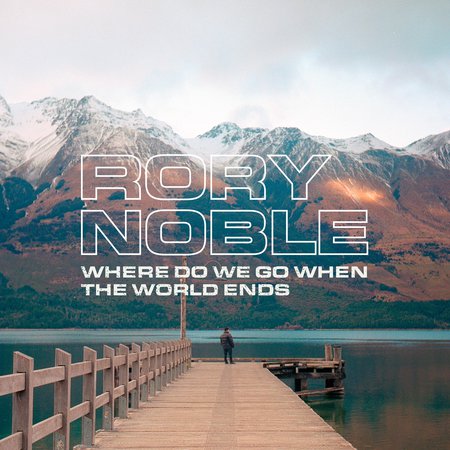 Palmerston North born Auckland based musician Rory Noble has today announced his debut EP WHERE DO WE GO WHEN THE WORLD ENDS is set for release on August 29th. Pre-save here.

The EP will feature three previously released singles, of which showcased Noble’s effortlessly smooth vocals and preference for emotion and introspection - his creation and song writing process fuelled by personal anecdotes from his own life. The tracks include widely acclaimed ‘Team’ which was the #1 most added song to NZ Radio on release and peaked at #2 on the Hot on the Hot 20 NZ singles chart, ‘High Again’ which was also released in Te Reo Māori (‘Titoke’), as well as recently released 2022 single ‘What If I Can’t (Feat. Mikey Dam)’.

WHERE DO WE GO WHEN THE WORLD ENDS spans the last three years of Noble’s life and will feature a further two brand new singles.

Speaking on his forthcoming EP, Noble explains "The project represents stories of the last three years of my life, and a lot of the times when anxiety was ruling my head. For me, it's a vent. I hope other people can hear that I’ve been through all sorts of crazy situations but I'm still standing, breathing and here to tell the tale.