L.A.B return with the new single, ‘Mr Reggae’, which launches alongside pre-orders for their new album, L.A.B V, out December. 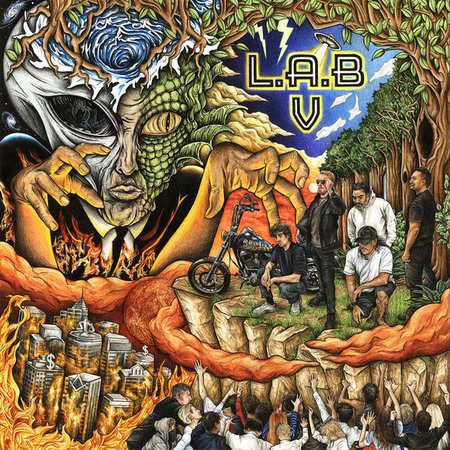 Inspired by jam sessions at their hometown beaches, the track captures the feeling of summertime in a way that L.A.B only can. The track is set to become another summer-anthem, both in New Zealand and abroad.

The release is the first taste of the new album, L.A.B V. Their fifth album in five years, L.A.B V sees the band again combining their eclectic sound into a compelling journey that moves across reggae, soul, funk & blues. The album is available for pre-order now HERE. The release will close out a year which also sees the band nominated for five awards at the 2021 Aotearoa Music Awards including Album & Single Of The Year, after already taking home three Waiata Māori Music Awards.

L.A.B V arrives ahead of a huge summer of live performances in New Zealand and Australia, including headline shows at Hagley Park in Christchurch and at Auckland’s iconic Western Springs Stadium. April 2022 will see L.A.B finally return to Australia to perform a marquee set at the iconic Byron Bay Bluesfest, and play five sold out shows to over 15,000 people at HOTA Gold Coast (2 shows), Fremantle Arts Centre (2 shows) & more.