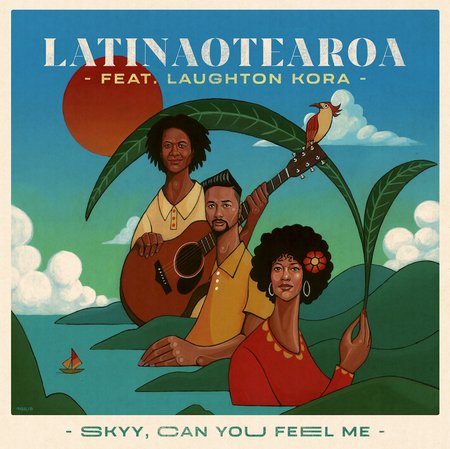 The new single from Auckland latin soul group Latinaotearoa is a vibrant, upbeat version of Raphael Saadiq's neo-soul cult classic, 'Skyy, Can You Feel Me'. The single features Laughton Kora, from popular kiwi band of brothers, Kora, and will be released through Mucho Aroha Music on February 9 via iTunes, Spotify and Bandcamp.