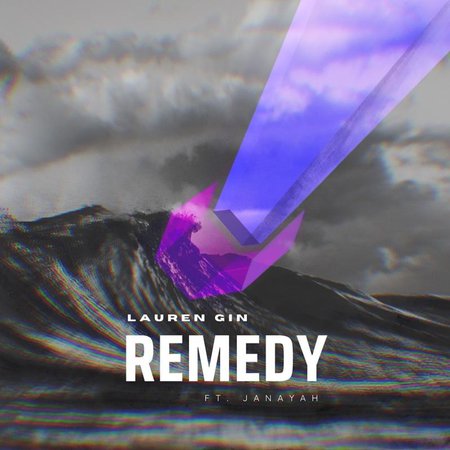 Lauren Gin describes ‘Remedy’ as "a transformative upbeat tune with fiery and dynamic flavours -  this song is pure hype”. She collaborated with JANAYAH, a 16-year-old singer, who delivered an intensely powerful vocal performance well beyond her years - and brought Lauren’s lyrics to life.

'Remedy' is a significant step up in Lauren’s music career as a Trap producer and songwriter. It showcases her ability to create unique powerful sounds with heavy undertones, accompanied by captivating melodies. ‘Remedy’ has already been shortlisted for NZ On Air’s NewTracks and will be premiered on George FM on March 10th and Kick (iHeartRadio).

From the age of 20, Lauren has steadily carved out a name for herself as one of New Zealand’s most well-known DJs. She’s made regular appearances at the country’s biggest festivals (Rhythm & Vines, Splore, Bay Dreams & Electric Avenue) as well as having performed internationally in LA, Bali and Portland (Oregon).

Lauren is passionate about raising the voices of females both in - and outside - of the music industry. By day Lauren is a formidable advocate for women in business at Icehouse Ventures, NZ's most active venture capital firm, personally raising millions for NZ's first fund exclusively investing in female founders.

A showcase of her diverse musical intentions, ‘Remedy’ is a landmark release from an artist destined for great things.

‘REMEDY’ IS OUT FRIDAY MARCH 11