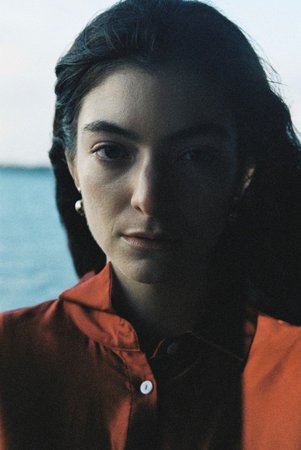 The song is the second track from Lorde’s highly anticipated third studio album, Solar Power, which will be released via Universal Music New Zealand on August 20th. The album includes 12 tracks and is produced by Jack Antonoff who she collaborated with on her chart-topping last album, Melodrama.

Of the song Lorde says, “This song is sort of a rumination on getting older, settling into domesticity, and questioning if you’ve made the right decisions. I think lots of people start asking those questions of themselves around my age, and it was super comforting to me writing them down, hoping they’d resonate with others too. I used this song as a dumping ground for so many thoughts...”

Lorde will perform the television debut of “Stoned at the Nail Salon” on Late Night with Seth Meyers tonight, July 21, 2021, when she visits Seth for a full show takeover. The artist will chat, perform and hit the bar for a very special episode of Seth’s signature “Day Drinking” segment.

Of the album Lorde says, “The album is a celebration of the natural world, an attempt at immortalizing the deep, transcendent feelings I have when I’m outdoors. In times of heartache, grief, deep love, or confusion, I look to the natural world for answers. I’ve learned to breathe out, and tune in. This is what came through.”

To honor the natural world the artist is presenting the album in a first-of-its kind, discless format. An eco-conscious Music Box will be available for purchase as an alternative to a CD. This innovative offering will contain extra visual content, handwritten notes, exclusive photos, and a download card. The card will give purchasers a high-quality download of the music, two exclusive bonus tracks, and access to some special surprises along the way.

When talking about the concept Lorde says, “I decided early on in the process of making this album that I also wanted to create an environmentally kind, forward-thinking alternative to the CD. I wanted this Music Box product to be similar in size, shape and price to a CD, to live alongside it in a retail environment, but be something which stands apart and that’s committed to the evolving nature of a modern album.”

Earlier this summer, Lorde announced her 2022 World tour dates. The sold-out 40+ show tour, promoted by AEG Presents in the US and Canada, is her first North American tour since 2018 and kicks off in North America in Nashville on April 3 at the Opry House before concluding at the Santa Barbara Bowl on May 7.

In 2013, a 16-year-old LORDE quietly, yet confidently asserted herself as the voice of a generation with her full-length debut, Pure Heroine. The album would go triple-platinum, win two GRAMMY® Awards, and spawn the certified Diamond, record-breaking, international juggernaut single, “Royals,” and quadruple-platinum follow up “Team.” The former cemented LORDE as “the youngest solo artist and the only New Zealander to achieve #1 on the Billboard Hot 100 since 1987.” Time exalted her amongst the “Most Influential Teenagers in the World,” she landed on Forbes’s “30 Under 30” List, graced the cover of Rolling Stone and performed alongside Nirvana during the 2014 Rock and Roll Hall of Fame Induction Ceremony. She also curated the official soundtrack for The Hunger Games: Mockingjay – Part 1 and recorded “Yellow Flicker Beat” as the lead single. In 2017 LORDE released her second full-length studio album, Melodrama which debuted at #1 on the Billboard 200 Chart, making her the first ever NZ artist to land a #1 debut album in the United States. The album reached #1 in over 45 countries and earned LORDE a nomination for Album of the Year at the 2018 GRAMMY® Awards. LORDE makes her highly anticipated return with critically acclaimed new single, “Solar Power,” from her third full-length studio album, Solar Power, due out August 20th. LORDE currently has over 12 million albums sold worldwide and over 10 billion streams worldwide.