Mazbou Q today makes the most poignant and important statement of his career, with his new single ‘Don’t Stop Regardless’. 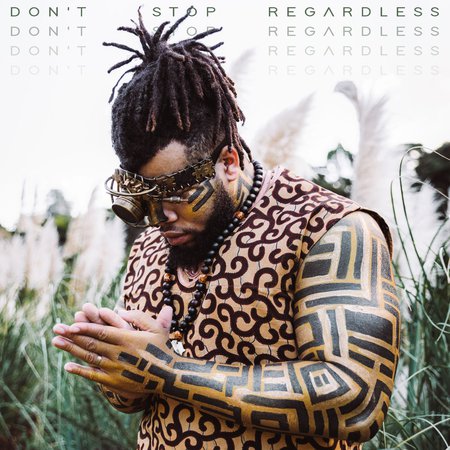 An uplifting anthem of hope ‘Don’t Stop Regardless’ seeks “to encourage and inspire people like myself, including indigenous peoples around the world facing similar hardships, to continue to fight for hope and freedom for our future generations,” says Mazbou Q.

“‘Don’t Stop Regardless’ is written from the perspective of a hypothetical time traveller from a future dimension where Africa (and its diaspora) is liberated, united and prosperous (think Wakanda). The track envisions this traveller arriving in our present day in order to communicate with African people about what their future could be like if they unite, work together and ‘don’t stop regardless’ of what they endure on the journey toward freedom,” says Mazbou Q (AKA Hugh Ozumba)

“The main message brought by the time traveller is hope; that one day the things which currently afflict black people, both on the continent and throughout the globe - e.g. poverty, racism, unjust imprisonment, self hate, etc - will no longer exist.”

“A lot of Africans in the diaspora, like myself, often wonder what our lives would have been like if the continent had never been colonised, or if all of a sudden it became completely free from imperial influence. I think about what that would mean for my identity, my sense of pride and self worth, my knowledge of our culture and language, and our socio-economic status. I often get overwhelmed thinking about the harsh realities faced by my people all over the world. “

For Mazbou it was important to capture the sentiment of the song with the documentary-style video because it allowed him to properly highlight and showcase some of the creative talent from others in his community, an ongoing theme in his own creative career.

“I’ve always strived to uplift my peers. Prior to COVID-19 I ran two gig series; ‘Afropolitans’ and ‘The Loft’, both of which I used to platform upcoming artists from my community. As my platform slowly elevates, I want to make sure my brothers and sisters are on it with me,” says Mazbou Q.

Behind the scenes on the documentary were local film production house The Umbrella Creative led by Swap Gomez and Corey Fleming, as well as Shalane WIlliams from Blackscape Productions as Creative Producer.

Upbeat and energetic, and carrying strong influences from highlife and afrofunk artists such as Fela Kuti, Tony Allen, Ebo Taylor and Hugh Masekela, ‘Don’t Stop Regardless’ sits alongside Mazbou Q’s stellar back catalogue of music, including his critically acclaimed 2020 EP, AFROTERNITY, as well as recent singles ‘G.O.A.T. Problems’ ft. Raiza Biza and ‘Pour One Out’.