One of Aotearoa's most beloved artists Hollie Smith, makes her triumphant return with the announce of her fourth solo album COMING IN FROM THE DARK, out October 22. 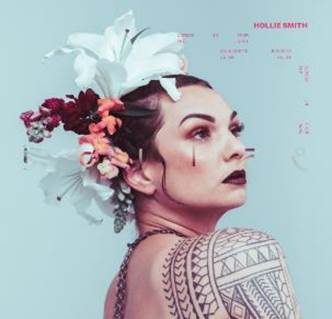 The release marks the first album from Smith in over five years and is a powerful follow up to the critically acclaimed and AMA 'Album of The Year' nominated WATER OR GOLD in 2016.

Tender, triumphant and full of hope, COMING IN FROM THE DARK sees Hollie Smith at her most dynamic and features exciting guest appearances from some of New Zealand's top musicians.

The album’s title track was released in both English and Te Reo and saw Smith go toe-to-toe with the New Zealand Symphony Orchestra - one of three songs shored up by the NZSO on the record - telling the story of one emerging from a time of struggle and turmoil and packing plenty of heart and relevance.

COMING IN FROM THE DARK also includes a feature from TEEKS - who’s soulful vocals grace ‘Beside Me’ - and beloved vocal trio Sol3 Mio, who appear alongside Smith and the NZSO on ‘You’; a bracing, thrilling and towering body of work from three of Aotearoa’s musical powerhouses.

Today’s announcement aligns with the release of a brand-new single from the forthcoming album, entitled 'What About?'. The bittersweet gospel and hip-hop track packs a wallop and is a collaboration with Rwandan-Aotearoa hip hop prodigy Raiza Biza. Smith delivers a fetching and forthright hook, probing and interrogating, and Biza adds contrasting lyrical jabs in a track packed with heartache and regret. Listen here.

Now entering her third decade as a prolific Kiwi artist, with three #1 studio albums under her belt, Smith has come a long way since her first experiences with music as a teen in the Auckland Blues and Jazz scene. Most recently she worked alongside Don McGlashan for TVNZ series Waiata Anthems, documenting the making of a Te Reo Māori version of her iconic Kiwi anthem ‘Bathe In the River’, titled ‘Korukutia’.

The self-produced COMING IN FROM THE DARK will further showcase the powerhouse vocal and emotive song writing talent that is Hollie Smith.

Preorder COMNG IN FROM THE DARK on mint green vinyl + CD here.