NZ Drum & Bass titans, THE UPBEATS, will celebrate the release of their upcoming album by doing what they love most – delivering their joyous D&B music in all its tune-crushing glory, direct to the masses! 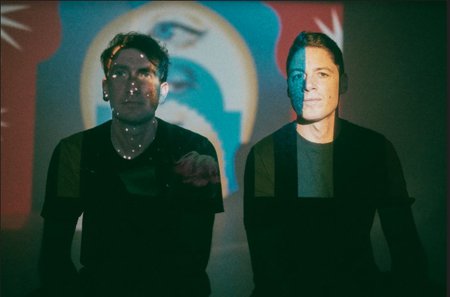 The Wellington duo has just revealed that their latest album, NOT FOREVER will be out on August 27. And to mark the occasion, they’ve also just announced a 10-date nationwide tour giving their New Zealand fans the first chance to experience the new tracks in full volume at one of their renowned speaker-rattling shows.

Proudly presented by FUZEN ENTERTAINMENT, the tour will take place throughout September, kicking off in Ohakune, before taking in Christchurch, Auckland, Nelson, Wellington, Whanganui, Dunedin, Hamilton, Mt Maunganui, and finally wrapping up in Napier. See full tour dates and details below.

Long celebrated in D&B circles for their envelope-pushing eclectic tastes and highly energetic stage presence, the vaunted duo’s set always delivers, and their unique and organic take on 170bpm+ bass music has seen them make their home in the highest echelons of international dance music.

In keeping with their excellent live reputation, this tour is set to be a rather special one. The Upbeats are working with world-renowned visual and lighting company, HUMAN PERSON, to create a bespoke multi-sensory visual experience called REALMS. Set to heighten the all-encompassing sensory nature of the shows, Realms will amplify the live experience for concert goers at the Christchurch, Auckland and Wellington events. Human Person recently worked on a customised live immersive experience for Netsky, so fans can expect something just as special.

Meanwhile, never content to rest on their laurels, the prolific Kiwi duo have galvanised the last 18 months of global turbulence and turmoil to create their most explorative and emotionally heavy album to date.

Set for release on VISION and featuring special guest collabs with Fat Freddy’s Drop frontman Joe Dukie; Jordan Dennis; Levine Lale; Sylvee; Syrene Favero and US MC don Armanni Reign, NOT FOREVER is unlike anything the duo has released before.

Written in a different way, approached from a different perspective, created with a newfound love for the creative process and the scene at large, their 6th studio album NOT FOREVER reveals a whole new side to the duo who have continually pushed themselves and the sound into the unknown.

To date, three singles off the new album have been released – celestial tune ‘DIVIDE feat SYLVEE’, up-beat banger ‘REALM’, and most recently the epic track that is ‘HORIZON’.

Easily clocking upwards of a hundred shows a year, The Upbeats have become mainstays both at major festivals worldwide and on home ground, but for now they are focusing on treating their New Zealand fans with some local love by hitting a town near you soon. Don’t miss your chance to witness these D&B legends in action and celebrate the release of their new album!

TICKETS ON SALE THURSDAY 22 JULY AT 9AM FROM www.bandsintown.com/theupbeats