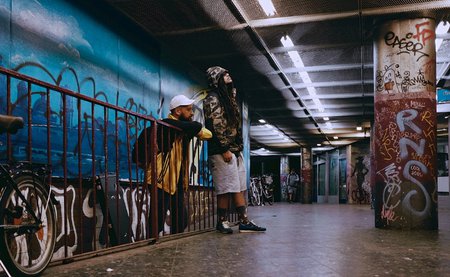 MELODOWNZ is equally in demand as a recording artist and a live performer, with countless features under his belt in recent months, and support slots for some of the biggest international visitors - YG, Buddy, RL Grime and Desiigner, Slick Rick and Raekwon - and a tour with Oddisee just around the corner.

With MELO & BLUES, MELODOWNZ takes centre stage, showcasing his versatility and musicianship and flexing his well known lyrical talent. This summer MELODOWNZ will be seen on festival stages solo and as part of the much lauded HIGH BEAMS project, and promises that news will come soon for those waiting for the MELO & BLUES show to hit the road.