Already pulling in over 165,000 views over the first few episodes, MELODOWNZ has returned to the couch for Season 2 of his highly popular YouTube series, Kava Corner. And to kick it all off, who better to join him than the Queen of Good Times, Anika Moa! 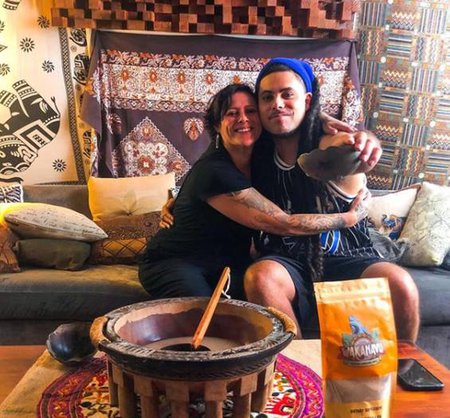 Teasing who else he will be sharing shells with this season, MELODOWNZ says “Season 2 just gets better with each guest. Kicking off with one of Aotearoa's most legendary Maori singers and tv personalities, followed by the current queen of pop music, two of the funniest G'z you'll ever meet, and ending with the King of NZ Hip-Hop.”

Season 2 drops off the back of MELODOWNZ’s power set at One Love, where he also took the Tanoa on tour for a pop-up Kava Lounge at the festival. Serving over 850 people on the day,  you can check out a video of Melo’s Kava Lounge HERE and photos from the day below.