Mini Simmons Release Official Video for When It Rains (It Pours). 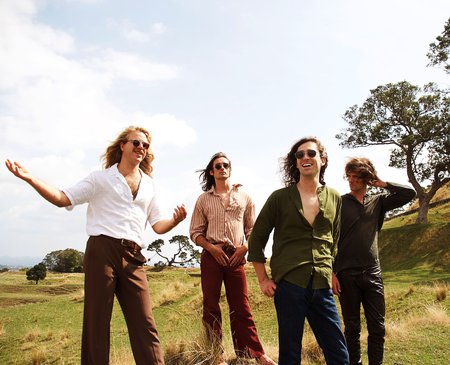 Tāmaki Makaurau based Blues-Rock band Mini Simmons release their official video for When It Rains (It Pours). Spotify

The song, a single off their debut album released in July,  is a cautionary tale.  Guitarist Brad Craig (Flamingo Pier, Two Cartoons) wrote the song using the desert “as a crude metaphor for loneliness, with rain being the lust or love I was longing for while I was writing the song.” This song can easily describe any moment when one might feel blown off course by the various intensities of life.

The video was filmed at Muriwai beach in Auckland by Christian Tjandrawinata (Wyre studio).

When It Rains (It Pours) was produced, mixed, and engineered by Edward Castelow, and mastered by Oliver Harmer.

Mini Simmons capture the stomping swing of wild 70’s with their music, taking its raw rustic sound and funnelling it into a more melodic concoction with a bit of fresh energy.

Tickets are $18 from Ticketmaster (plus booking fee). There will be limited $20 door sales. This show is all ages.

Mini Simmons is a must-see, described by Classic Rock Magazine as “... a sun-kissed bath of gorgeous harmonies, raffish outfits, and 70's hippie sensibilities”.