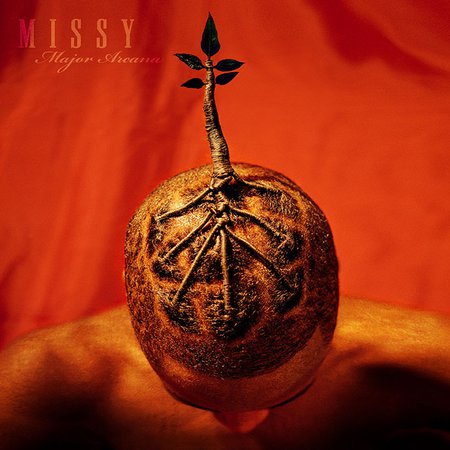 "Heart Strings is part classical, part cinematic-electronic music, I craft strings out of my heart and play them for you," says MISSY. "Nostalgia & anger swirl in circles around this gentle yet aggressive track. It's taken me a while to get this song's production/sound/writing to a place where I'm happy, and I'm just ecstatic to share it with the world now. I don't think you'll have heard anything quite like it."

The striking album image is by renowned English illustrator, photographer, writer, filmmaker, and musician Dave McKean. McKean is perhaps best known for his graphic novel illustrations, notably the ground-breaking Arkham Asylum and his many collaborations with Neil Gaiman (including the covers for the seminal Sandman series; soon to be a major series on Netflix). McKean has also designed album covers for artists such as Tori Amos, Alice Cooper and Counting Crows among many others.

Heart Strings and Major Arcana, will be out on Friday 8 October.