'Āio ana’ is a song of peace; a lullaby for some, a meditation for others. It is the fourth track from the upcoming album Ono by Moana & The Tribe. Due for release in 2022, Ono comprises six unique songs that celebrate and raise the visibility of endangered indigenous languages. 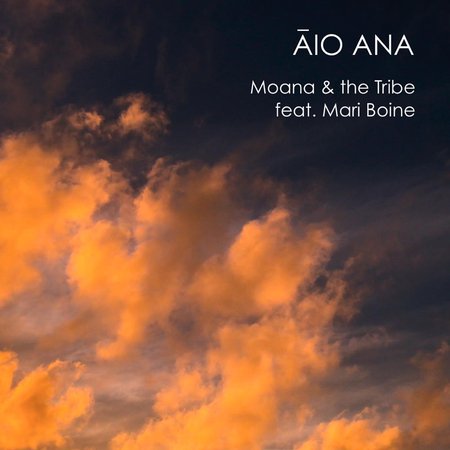 The reo lyrics of ‘Āio ana’ were penned by Scotty Morrison, with music written by Paddy Free and Moana Maniapoto. The Sámi language of Northern Europe is the contribution of guest vocalist and iconic Sámi singer Mari Boine (Norway). Mari Boine has been at the top of her game since the eighties as one of the first artists to incorporate the traditional Sámi joik (pronounced yoik) into contemporary music through vocables; using sounds rather than lyrics to tell stories. Colonisation and Christianity pushed the cultural and spiritual tradition underground. Throughout her career, Mari has used her songs to raise the visibility of this unique musical art form, the language and the Sámi people themselves. In ‘Āio ana’, Mari combines vocables and lyrics to conjure up nature and the environment. Moana and Mari first met at Womad NZ 2013, then again at Riddu Riddu (Norway) when Moana & the Tribe performed. They co-wrote the song ‘Twin Soul’ for Boine’s first English-speaking album See The Woman (2017). That same year, Moana and Paddy recorded ‘Āio ana’ with Mari during the Skabmagovat Film Festival (Finland).  Māori and Sámi have a long and close relationship, both raising their respective flags annually on February 6th. There is a Kohanga reo in Inari, the small village inside the Arctic Circle that hosts Skabmagovat. This collaboration symbolises that.

Āio ana te rangi
Let there be calm across the heavens

Āio ana te whenua
Let there be calm across the land

I roto i te māī
Cradled within

Me te māoriori e
And the serenity