Hot on the heels of the release of his debut EP, Raglan-native Muroki has announced that he’ll be joining The Butlers on their Autumn Express Tour. 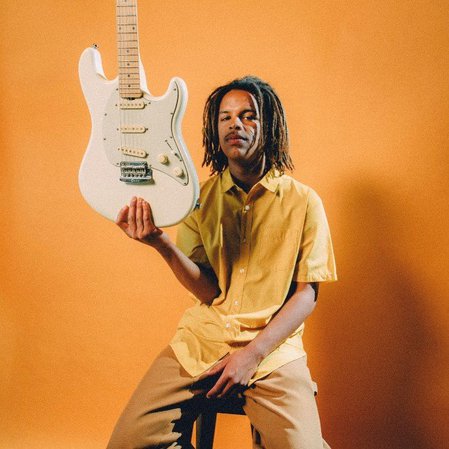 Muroki will be bringing his signature pop-tinged, afro beat sound to five stops around the country, performing tracks from his new Dawn EP including the whimsical lead single ‘Wavy’.

Muroki is the first artist to be signed to international superstar BENEE’s Olive Records label.
Mixing and mashing touches of pop, soul, reggae, jazz, hip hop and more into his sound, Muroki’s reputation has grown quickly since BENEE picked out his self-released debut track For ‘Better Or Worse’ to showcase on Elton John’s Rock Hour radio show.
WATCH MUROKI TAKE BENEE ON A TWO-PART TOUR AROUND HIS HOMETOWN OF RAGLAN HERE

The just-turned 20-year-old Raglan troubadour now showcases his effortlessly smooth vibes on this six-track collection with its title coming from his Swahili name ‘Muroki’ which translates to “come with the dawn”.

After a summer of live shows cementing his growing reputation, interrupted only by an arm broken in a skateboard tumble in the Raglan town bowl, the Dawn EP gives notice that this young musician is emerging as an artist to really watch out for in 2021.