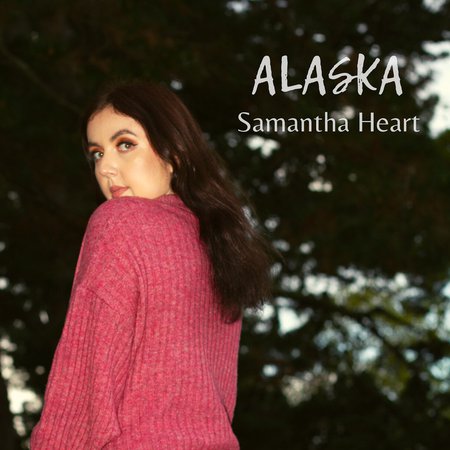 Alaska is a whimsical folk-pop tune with country elements, starting gently and building into a full-blown bop. The song explores Samantha's own musings on the highly relatable feeling of wanting to start over but questioning whether the grass is really greener on the other side.

Samantha decided to create her musical identity separate from her family name, choosing Heart for her catchy moniker as she finally calls herself a musician. After scribbling lyrics and humming up melodies throughout her life - but being too afraid to share them - she's now ready to bring them into the light.

Samantha's goal is to be honest - especially when it's hard. She doesn't want to be a polished pop star, she wants to be real, go deeper, and muse on life through silvery melodies and authentic lyrics. She hopes to record more songs for an EP and eventually an album. A music video for Alaska will also drop before the end of the year.

Samantha is an independent artist and wrote Alaska, which was recorded and produced by Harry Charles at Depot Studios. It is being distributed by DRM.