Jodi Vaughan is excited to announce the release of her new single ‘I Live For Today’. Her new song leaves her previous top #10 single ‘You Look Silly Cryin’ in her wake, as she writes and records prolifically, and lives in the moment. 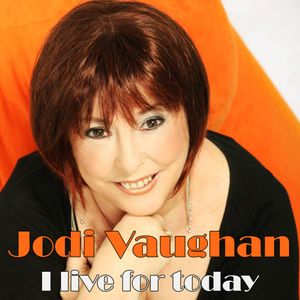 “I have always been a “My cup’s half FULL“ kind-a-girl.  I remember I have always told people, “I don’t have dreams. My dreams are realities that just haven’t happened yet”. I really LIVE by the lyrics of this song and so  really love to sing it and hope it resonates with people.  I love writing songs that are not just a story but have a message as well. Sometimes people will take more notice of song lyrics rather than listen to someone talk.  I think this could be a subliminal message. On this version I have added banjo and dobro, firstly because these are my favourite instruments and secondly they are a true country sound.  If I could make it more country I would.”

Jodi Vaughan is Australian by birth, however, she has carved a career as one of New Zealand’s best known and most loved Country Music Artists. Her name became synonymous with New Zealanders on a regular country music TV show, ‘That’s Country’, in the 1980's, when she became a household name. Yet for all of her trips to the USA, and despite Gold Records and Awards, Jodie attended Tamworth Country Music Festival for the first time in 2020 bringing a tour of NZ Country Music Fans to Tamworth, which is happening again in 2021.

Though Jodi has been absent from her homeland's Country Music Scene, the duet Gold Album ‘Fairweather Friends’ did release in Australia in the 1980's.

Her first Australian single release ‘It Ain’t Always Love’ peaked at #14 on the Australian National Airplay Chart & #19 on The Official Tasmanian Country Music Chart making it a top 20 hit!  'You Look Silly Cryin' claimed  #6 on the  Australian Country Airplay Chart & #19 on the Official Tasmanian & OZCMR Country Chart.  Jodi's Album 'Live For Today' is available on www.Key2Store  & all digital platforms.  https://smarturl.it/JodiVaughan