With an explosive guitar driven intro, the new single from NZ-based artist Voodoo Bloo - ‘Her Name Was Human’ - proves there is more to this band than just Punk Rock. The moniker of songwriter and musician Rory McDonald, Voodoo Bloo and their new music comes to indie rock fans with urgency and excitement powering it throughout, with a hint of Pop thrown in for good measure. 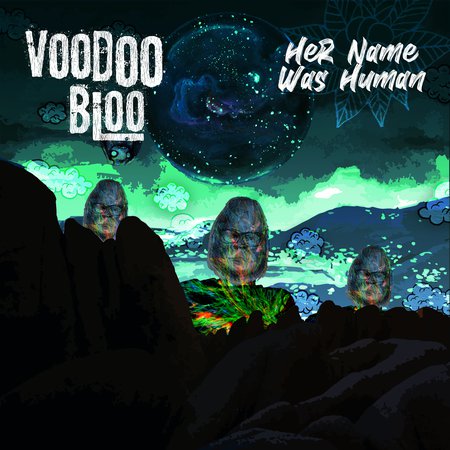 ‘Her Name was Human’ strums along with a toe tapping melody, channeling influences from artists such as Arctic Monkeys, Neutral Milk Hotel and Car Seat Headrest. The tempo changes and variations throughout the song are complex but remain catchy, leaving you wanting more.

Recorded at PlasticGrooveHQ in Wellington before being mixed and mastered at Hammerhead Studios with Niel De Jong (Alien Weaponry), ‘Her Name Was Human’ is a reflection of the people of today and finding their way in life. According to the artist, “This track delves heavily into the growth of teens today, especially when it comes to intimate relationships and how they might not always appear as happy and wholesome as they seem. Sometimes the person you trust the most, could be the person hurting you more than you could imagine, or even care to realise. This song goes deep into a person's judgement of character, and the effects it can have on your mental health.” Voodoo Bloo