The New Zealand dream-pop folk group French for Rabbits, helmed by Brooke Singer, announce pre-orders are now open for their prophetic forthcoming album The Overflow due out November 12. The band beckon us deeper into its rich visual and auditory world with an anthem for introverts, ‘The Outsider’ alongside a cinematically evocative video. 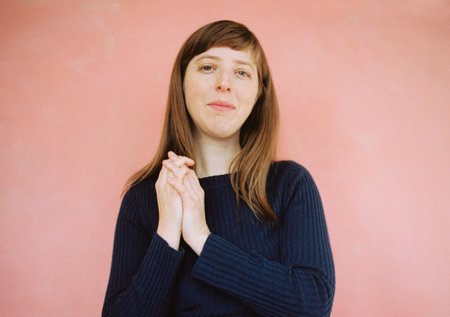 The song follows on the heels of radio chart-topping LP standouts: '
Ouija Board' and the titular track 'The Overflow.'

‘The Outsider’, extends a darker mood and features the band’s signature harmonies, before opening out into propulsive drums and an uplifting refrain. The song was conceived in 2019, written with Dropkick Murphys’ Marc Orrell and songwriter Brooke Johnson. Additional mixing was completed back in New Zealand by Jol Mulholland.

On writing ‘The Outsider’ Brooke said, “In 2019 I visited LA for the first time to do some co-writing with a few different producers and songwriters ahead of a French for Rabbits tour. It was an exciting, dizzying experience - all the palm trees and heat. One balmy day, I had a session with Marc Orrell and Brooke Johnson and we ended up writing my favourite song on this new record - an introvert’s anthem that finds joy in the act of being alone. The song distils the feeling of being an awkward introvert at a party - staring at your phone on the edges of a crowd”.

The video features Singer as a charming but shy ghost who attends a party. She collaborated once again with filmmaker Martin Sagadin (Aldous Harding, Womb, Marlon Williams) and cinematographer Julian Vares.

On 'The Outsider' video Brooke says “because the song contains such a vividly painted picture of an outsider at a party – the video concept came to me easily. As a quiet person, you can feel like a ghost at a party. So this is what we filmed.

I wanted it to feel a little American in keeping with the song's origins, and we found the perfect tree-lined street in Christchurch with picket fences and gorgeous houses.  Our cinematographer Julian Vares really captured what I imagined so well, and our director Martin Sagadin made an admirable stunt double ghost for the bicycle scenes. It’s ended up being a really sweet and slightly heart-breaking little film with a joyful ending.

For it, we threw a party with friends and had a great time. My favourite parts of being a ghost were jumping on a trampoline at midnight, and dancing in the bedroom - I thoroughly enjoyed the dance moves I came up with”.

The Overflow is French For Rabbit’s ​​third album and elevates the band's music to new heights. The group weaves dark and ethereal tunes around folk-pop hooks.

The album is set for release on November 12, 2021 via AAA Records (NZ/AUS), A Modest Proposal (Italy) and Reckless Yes (UK, ROW), and will be available on CD, digitally and on limited edition vinyl (UK: eco-vinyl, NZ: black and clear with pink swirls).