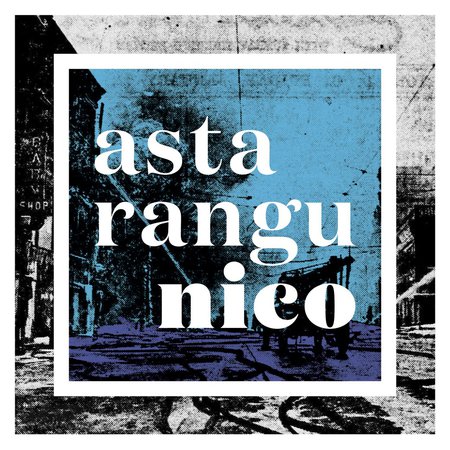 Songwriter Richard Ley-Hamilton, whose writing for indie-pop darlings Males has been internationally celebrated, directs Asta Rangu in a darker direction, which reflects more accurately the tone of Ley-Hamilton’s sombre, pensive and astute lyrics.

Nico is a sonic nod to the power pop sensibilities of Males, rhythmically-propulsive with immediate and infectious melodies. However, akin to the Plasticine EP and January single ‘I Dream’, the track features a more intricate and expansive arrangement, layered with warbling synths, reverberant piano and chiming guitars. Ley-Hamilton describes Nico as “a reflection on maturity and nostalgia, and how potential and reality are often in disharmony. In a sense, our tendency to reminisce colours and revalues our present, and in doing so, we revive old narratives at the expense of progress.”

Nico is the second of two tracks recorded in a session in late 2020 with Dunedin engineer and producer Tom Bell at Chicks Hotel.

Along with its sister track from this session, ‘I Dream’, the release of Nico sees an end to what the band are calling ‘bridging singles’, two non-album tracks that bridge the gap between the 2017 EP Plasticine and the band’s forthcoming debut record. The record, penciled for release in early 2022, which will be co-produced with De Stevens (Marlin’s Dreaming)

Asta Rangu emerged from the ashes of indie-pop darlings Males with the release of the 2017 EP Plasticine, which was noted for its melodic and angular sound, with hook-laden wordplay set against swirling arrangements. After returning from the UK in 2019, Ley-Hamilton recruited bandmates Josh Nicholls (Koizilla, Space Bats Attack, Dale Kerrigan) on drums, Julie Dunn (Bathysphere, Mary Berry) on keys and Angus McBryde (The Broken Heartbreakers) on bass. With newfound energy and confidence, Asta Rangu burst onto the scene in 2020 with a debut run of sell out shows in support of The Chills, The Beths, Marlin’s Dreaming, and Ha the Unclear. In January 2021, Asta Rangu released their first single in four years, I Dream, followed by a spot at Welcome to Nowhere Festival and a 7-date tour of New Zealand.