Named after the feeling of "shimmering on the skin when you’re physically close to the person you love,” Sheep, Dog & Wolf’s new single combines exquisite fingerpicked guitar and clipped percussion to sublime effect. 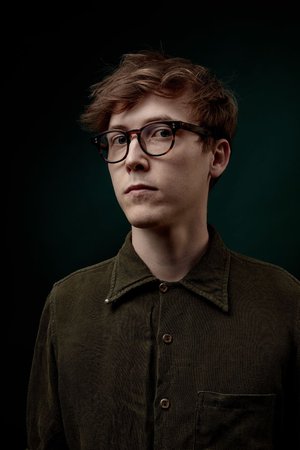 Ending in a spiralling saxophone crescendo, ‘Periphescence’ is the third track to be taken from Daniel McBride’s upcoming second album, set for release on April 9th via Aphrodite. The road to his long-awaited and triumphant return may have been littered with obstructions, but ‘Two-Minds’ mutant R&B, post-classical minimalism and electronica showcase McBride’s elevated perspective. Written, performed and recorded entirely alone, it documents a young life in disarray, striking a perfect balance between darkness and humour.

‘Two-Minds’ is McBride’s first full release since his debut ‘Egospect’ dropped in 2013 to critical acclaim. It followed the multi-instrumentalist’s ‘Ablutophobia’ EP which garnered praise from The Guardian and Vogue and propelled the then 17-year-old into the spotlight. Instead of capitalising on the reviews by rushing overseas to tour, he studied composition in Wellington where he realised the equal importance of having an emotional connection to songwriting over just an intellectual concept. When he did accept an offer to tour Europe, it inspired him to make an album to take on the road, and ‘Egospect’ was born. It saw him win the Critics’ Choice Prize at the New Zealand Music Awards and make the shortlist at 2014’s Taite Music Prize (NZ’s Mercury equivalent, won that year by Lorde). “I’m still really proud of that record,” McBride notes. “But I’ve moved on since.”

‘Two-Minds’ is a quantum leap: more refined, dextrous and ambitious than its predecessor, full of joy, colour and energy. Yet there’s no escaping its dark and painful origins: "the album was written during a period of chronic physical and mental illness; it's a document of that time" says McBride. "But I still see Two-Minds as a positive statement - it's about recovery as much as it is about illness, and about the shafts of light that could shine through even in the depths of it." New single ‘Periphescence’ (a word McBride found in Jeffrey Eugenides’ novel Middlesex) perfectly captures the giddy elation of infatuation, albeit with an unnerving undertone of anxiety and dark humour that permeates the album as a whole
.