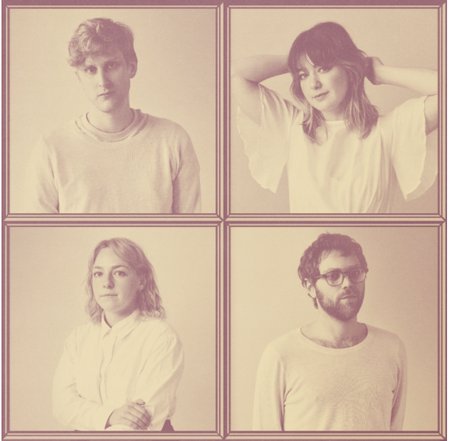 “‘Mona Lisa’ came to us gradually over a long period of time – so it's story has changed and shifted, developing new relevance with each new phase of our lives. It's a song that ruminates on conflicting, shifting uncertainty – of wanting someone that maybe you can’t have – of uncertain boundaries, of confusing interactions, misunderstanding, yearning. Trying to forget an obsession – or shifting between losing all hope and giving in to the obsession – lured back by the excitement and promise – the moments of feeling so alive. The terror and joy of a big crush,” says Simpson.

Those emotions are further explored by Simpson in a new music video, directed by the band and produced by Julie Gursha.

“[We] wanted the video to feel like a mirror to all those emotions along the passage of time – except in isolation,” continues Simpson. “A year stuck inside (as we have been), alone with the big feelings, the big highs and the low lows – dancing around your bedroom, losing it a little bit. Moving in, making it yours, moving out again. The strange phase we've been existing in, trying to thrive in (occasionally succeeding, but often not). The joy, the sadness, the conflict, the chaos – without ever really leaving your bedroom.”

The theme of isolated togetherness and distant creativity has been a throughline for the band throughout their career. Originally formed in New Zealand, the members of Yumi Zouma now come together from around the globe: New York City (Josh Burgess - guitar, vocals), London (Charlie Ryder - guitar, bass, keys), Christchurch (Christie Simpson - vocals, keys) and Wellington (Olivia Campion - drums).

Their third studio album, 2020’s Truth or Consequences, was named as Feature Album at Double J and 2SER, Record of the Week at The Brag Media and further support around Australia from FBi Radio, Purple Sneakers, Pilerats and The Music Network, Spectrum (The Age). Internationally, the album garnered accolades from Consequence of Sound, Gorilla vs Bear, NPR, Earmilk, FADER, MTV, NYLON, Paste Magazine, Stereogum and Under The Radar.