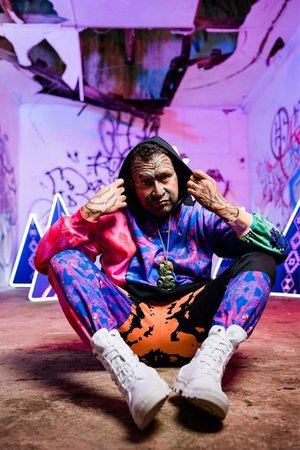 A musical ombre of RnB and Soul Preservation of Scenery sits in the current pocket of popular music, with something to say. Contagious ideas, as catchy as the melodies and hooks, this album aims to inspire and uplift Indigenous truth. Infused with throwback undertones, sing-along tunes teeming with harmony, Rob Ruha's Māori music signature is present in every corner of this record.

In a unique 'inverted' strategy for release, Rob Ruha generously offers his listening audience the entire album from the outset and retrospectively reveals the deeper layers of his songs, videos and online performances, as the music matures with his fans.

‘Taera', the lead single from Preservation of Scenery, is a jam that celebrates Māori swag. Sonically, musically, lyrically, what is Māori Swag? Who really knows... until it hits you! ‘Taera' champions diversity in all its forms the whole world over - everyone has got that one thing that makes them uniquely special.

WATCH THE VIDEO FOR ‘TAERA' [HERE]

Of the track, Rob says "‘Taera' is fun and light, production is swag and it's all in my native tongue: the nuanced, crack up and warm reo I hear in my neck of the woods. You could say it's a special, mystique part of me and my people that I am whole-heartedly sharing with the world".

As Rob prepared to head into the music studio to record Preservation of Scenery, he felt an element was missing on the album, something that would tie all the core energies and creative intentions together and unmistakably written in his signature sound. So, in 20 minutes while Rob packed his suitcase, ‘Taera' was written.

"I wanted a song that was effortlessly me and inspired others to be effortlessly them" says Rob. "‘Taera' is my reo, my kinda jam, it's half mad and fully fun with an uplifting message of unity".

Preservation Of Scenery Robs latest release since the award winning ‘Mōhau' and is his attempt at freeing the new sounds in his mind to the world. It is a result of an intentional creative pause, wānanga and collaborations with co-writers, producers and artists like Rory Noble, KINGS, The Halluci Nation (Formerly A Tribe Called Red), Whenua Patuwai and Josh Tatofi, while returning to jam again with the likes of with The Black Quartet, Sir Derek Lardelli, Kuini Moehau, Troy Kingi, The Witch Dr. and many more. Preservation of Scenery is a musical testimony to what Rob Ruha is already acclaimed for, just reborn inside of his new and exciting sonic evolution.