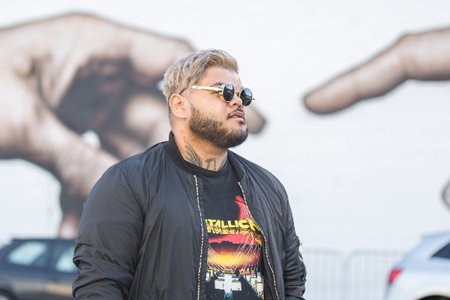 A blend of Levine's distinctive smooth vocals and feel-good dance beats, ‘Clouds' is an empowering song about following your dreams. "We tend to be swayed by what social media throws at us," says Levine.

"And even when we dream big, we get told to keep our heads out of the clouds. This song represents a positive look at pursuing what is in your heart."

Omega Levine is known on the dance circuit after featuring on the recent Chores hit, ‘Away'.

Prior to that he has opened for acts such as Gorillaz and Ginuwine, and worked with Kilter.

After starting out his music career as the frontman and songwriter for the award-winning Parachute Band, Levine spent almost a decade touring the globe and playing festivals with crowds of up to 80,000 people.

Now, his solo journey blends his childhood influences of pop, rock and alternative music with his unique storytelling.