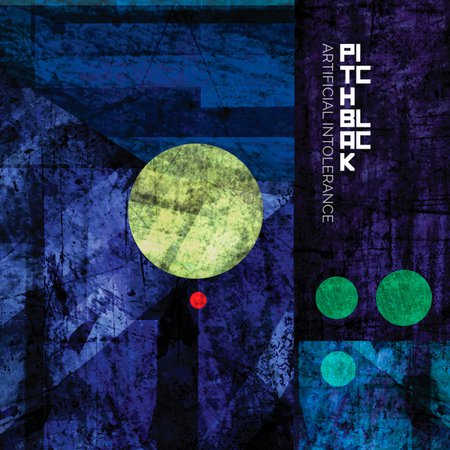 'Artificial Intolerance' finds the boys in a playful but questioning mood. The former is evident in the belting bass and bleep heavy breaks that make up the track, the latter in the samples about possible bias in the creation of artificial intelligence code.

“Numerous studies have highlighted that the majority of AI coders are Caucasian and male, and just as many have pointed out the problems that facial recognition programs have in processing people of colour. Then there are concerns about the growing quality of deepfakes and the creeping influence over our viewing and listening habits by recommendation system algorithms” says Mike.

“Paddy and I are far from luddites – we just like to keep an eye on developments, stay aware of the issues and question the alleged perfection of technological systems. After all, there are amazing developments happening in the area of neural networks, for example, where a teenager, Brittany Wenger, can create a "Global Neural Network Cloud Service for Breast Cancer” on her laptop in her bedroom.”

Stepping up on remix duties are two fellow Kiwis, Akcept and SUBSET, both of whom have made regular appearances on Pitch Black’s monthly radio show. Akcept has been making a name for himself in bass circles thanks to his signature blend of dub, roots and heavyweight dread, while SUBSET has been building fans for his deep dub techno sound.

'Artificial Intolerance' is out today via digital streaming platforms. Third Light will be released digitally by Ingrooves and on CD by Rhythmmethod on 13 September. Pre-order the album now.

Biography
Pitch Black are Michael Hodgson and Paddy Free. Having pumped their way through New Zealand’s electronic music scene since their inaugural performance at the annual Gathering New Year's eve festival in 1996, they have spent the subsequent years rousing dance floor punters, generating rave reviews, winning awards and gaining thousands of fans across the world.

Hard to box into a single audio 'genre', Pitch Black is a combination of musical journeys. Their sound is distinctive; ranging from organic ambient beginnings and layered soundscapes to skanking keyboards, cutting acid riffs and thumping rhythmic grooves, with dub being the glue that holds their sound together. One critic has described them as like "Orbital meets King Tubby, or Rhythm and Sound in Technicolor".

It is their live show that really makes Pitch Black stand out from the rest of the crowd, both sonically and visually. Their tracks take on an added dynamism and their performances reveal the dialectic behind the band - Paddy wants to do it for the crowd, Michael wants to do it to the crowd. Visually they are in another dimension thanks to Michael's cutting edge visuals.

They have toured the world relentlessly, playing everywhere from Amsterdam to Zagreb and the streets of Las Vegas to the Australian outback, supporting acts such as Coldcut, Skream, Easy Dub All Stars and System 7 along the way.