November 13 2020: Power Nap is the musical project of Chris Cudby, a musician and songwriter currently based in Tāmaki Makaurau. 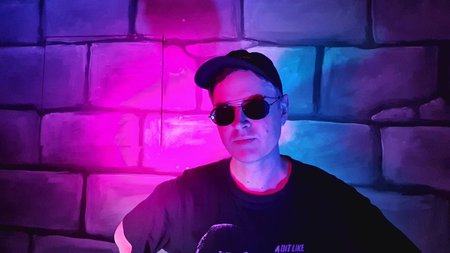 Today he shares 'Club Dinos' (pronounced dee-knows), the first Jurassic jam to be released from his new mini-album DINOSAURS (out early 2021 via Sunreturn).

In a recent conversation with 95bFM Breakfast Host Rachel Ashby, Cudby expressed Club Dinos' musical direction to be "more representative of what I've been listening to at home, and is channeling British Jazz Funk, and Japanese City Pop."Club Dinos' composition also pays homage to early 90's cult watch Liquid Television, that Cudby describes as an "experimental, psychedelic television programme, that has an 'alternative energy', it was kind of cartoony with a bit of bite."

To celebrate the release of Club Dinos,Power Nap has curated a release show where he will perform his future classics at Whammy Bar Backroom alongside his friends Amamelia, P.H.F. and Memory Foam. The show sold out in record time and Power Nap promises to return to the stage soon.Power Nap will dedicate tonight's performance to the memory of Reuben Winter (Totems, Milk), who died earlier this year.