She’s a triple threat with a background in acting, dancing and modelling. Now after releasing a winning streak of killer tunes, Christchurch-based artist PRINS has firmed up her place as one of New Zealand pop’s most exciting new acts with the release of her impressive new EP, LIFE IS BETTER NOW. 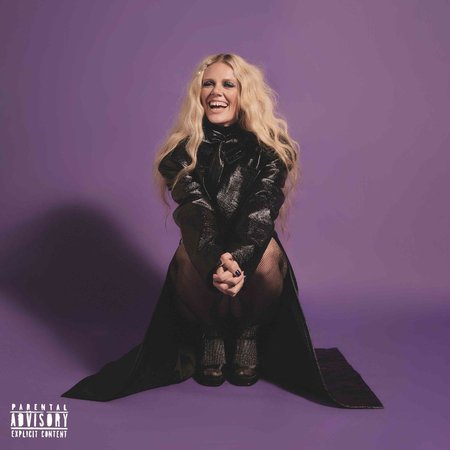 Listen to LIFE IS BETTER NOW HERELIFE IS BETTER NOW features the recently released single ‘Hazardous’ and bangers ‘Better Now’; ‘On the low (shh!)’ and ‘That’s the thing x’, which hit #3 on the NZ Hot Singles Chart and secured rotation on all three of the country’s largest commercial  radio stations, while simultaneously taking streaming platforms by storm. Combined, the singles garnered the attention of major labels around the world and saw PRINS sign New York-based AntiFragile.On the five-track EP, the multi-talented PRINS worked with an array of exceptional songwriters, producers and engineers, including Drax Project, Marlon Gerbes (SIX60), award-winning engineer Pierre-Olivier Couturier, LA-based House of Wolf (Carlie Hanson), John-Adam Howard, Shawn Platzker, Jillian Slade, andGrammy recipient Chris Gehringer (Dua Lipa, Lady Gaga and Lil Nas X).It makes for a tight collection of solid pop songs that stand out in their own right, but fit together seamlessly and showcase PRINS’ signature alt-pop sound - with a dose of sass and euphoric electronica, producing radio-ready dancefloor anthems sure to shake the crowd.“This EP has felt like the start of what PRINS truly reflects,” explains PRINS. “I’ve had an incredible amount of support around me which has allowed me to be more vulnerable in my songwriting this year. It still has its sassy, empowering, badass tracks but I’ve been able to combine it with my softer side which equally represents me just as much,” she says.“The experience I’ve gained from working with New Zealand’s very own Marlon Gerbes (Six60) and Drax Project who helped kick off the first two singles from the EP, has been invaluable,” says PRINS. “The same goes for my Canadian production team, 'House Of Wolf' who have helped me push the boundaries and develop my songwriting to an international level. I am excited to continue to develop these relationships and am already working on my next project for 2023.”With millions of streams and numerous achievements now under her belt, the pop powerhouse has well and truly found her place. PRINS is a firm fixture on the festival circuit, having secured coveted slots at the likes of Bay Dreams South, The Edge NYE Festival, Highlife's Sunsetters Festival, Electric Ave, RNV, Soundsplash and Go Live Festival. Other notable accolades include 2021’s ‘Follow Me’ rising to #8 on the Hot New Zealand Singles Chart; the ‘Midnight Calling’ Remix (2021) featuring on the largest DJ promo pool in Europe, and charting in the UK Club Top 30 for 5 weeks - peaking at #11. PRINS was also interviewed by Rio Fredrika, the host of the widely popular UK music station Capital FM, on the CBBC program 'The Ultimate Playlist' - and subsequently landed a feature in the international pop culture magazine, Wonderland.It’s all topped off with the triumphant release of LIFE IS BETTER NOW, which has not only cemented PRINS’ status as New Zealand's resident pop princess, but established herself as an international force to be reckoned with.The LIFE IS BETTER NOW EP is available worldwide today. Listen HERE