Live Nation & Vodafone have announced the latest artist in their Ones to Watch programme as self-made producer and singer-songwriter Rhys Rich. The now Wellington-based musician has adopted the capital city as his own, and has caught the eye of the industry, placing him as the ninth ONES TO WATCH artist of 2021. 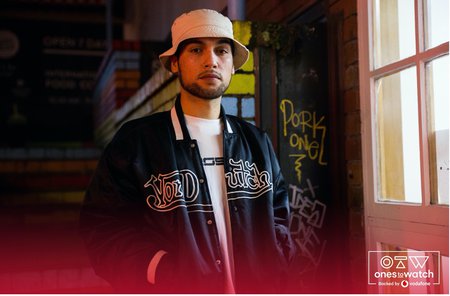 Connor Henare Dion, also known as Rhys Rich, grew up in Australia before moving to Pōneke to cement his place in the capital’s music scene. Mixing classic hip-hop and R&B with modern pop, indie and electronic music, he takes inspiration from Odd Future and Tyler, the Creator. He recently took the stage in Wellington, at Live Nation & Vodafone’s Ones to Watch showcase, alongside two other musicians slated for the programme. Rhys has made waves locally, using his personal experience to aid his lyrics: “love songs are the easiest thing to work with, and especially having a partner I love makes it a lot easier.” The authentic connections made through his music has helped grow his fan base, with his 2020 song No Confetti reaching 300,000 streams on Spotify. As with many artists around the world, Covid-19 stopped them in their tracks when it came to touring and releasing new music. While he’s keeping the details on the downlow, Rhys has promised big things are coming. “I feel horrible since I haven’t been putting out anything this year. But that’s all going to change before the end of the year. Going to be a lot of music out and have a lot of shows and festivals lined up as well – so I’m excited for that. It’s only up from here!”

Click here to find out more about Rhys Rich