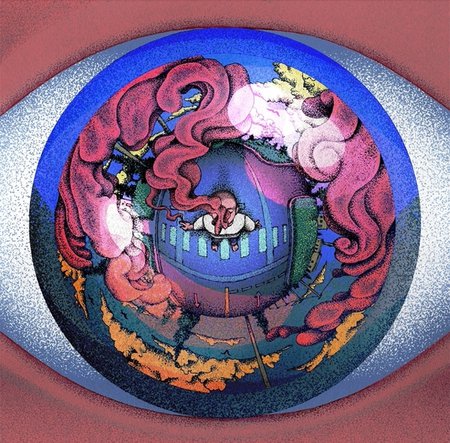 Focus track is the exquisite “Kyoto Calls’, a slow, dreamy, diaphanous number which sees Hans. owning his creative freedom and setting aside his rap flow to sing a soothing and sentimental narrative, almost balladic in nature.

Says Hans.: “While I’ll always have hip-hop at my core, I don’t like being boxed in as just a rapper, so I find trying things out of my comfort zone to be important. I’ll sing for a whole track if I want to.”

Leaning in the favour of indie, ‘Kyoto Calls’ is a far cry from the house beats and trap drums of his previous work, and yet somewhat reminiscent of a lo-fi style made trademark by song ‘Froyo’ with US indie pop starClairo.

“The beat was actually a throwaway that producer woo! had for a couple of years. I was in recording mode post ‘kimyuntak’ release, and reached out to woo! looking for beats. I wanted to try a bit of everything. I think I was listening to a lot of K-indie at the time, especially Yoon Ji Young, and that’s probably what inspired the record”, explains Hans.

This artistic freedom is important to Hans., and the completion of Candy marks another creative shift for him as the EP embodies a much brighter sound than its predecessor and infuses sounds of hip-hop, indie and electronic vibes.

In line with the K-Pop connect, the colourful artwork for ‘Candy’ was designed by esteemed Korean fine artist Yeon Yeoin, who has previously worked with the likes of K-pop superstars Red Velvet and Bibi.

Shot and edited by Luke Park, the video to ‘Candy’ was produced by ABG, a newfound Asian label of Auckland artists making their mark in the NZ underground music scene. Imbued with a darkly comedic vibe, the video is characteristic of Hans. and his friends’ tongue-in-cheek take on the day to day drama of inner-city living.

CANDY wraps up a solid year for Hans., having played sold out dates locally, toured Australia with UK group Easy Life, and set to perform in January at Laneway Festival 2023 in Auckland.

Meanwhile Hans. continues to impress as one of our most inventive and fertile creatives, and his work stands out due to his own distinctive brand of progressive alt-dance low-fi rap and hip-hop.

Easily one of the best in the underground Australasian club scene, keep your ear to the ground and your eyes peeled for Hans.’ ever-increasingly bright light.

LISTEN TO CANDY THE EP HERE