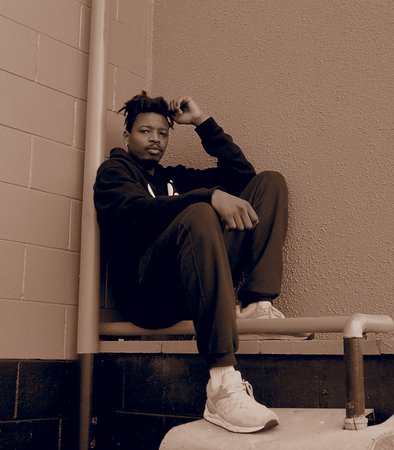 ‘Stolen Youth’ is Biza’s first peak of solo music in two years, following recent collaborations with friends Melodownz and Illbaz (High Beams), REMI and Black Milk (Black Hole Sun), Estére (Tokoloshe), and Jon Toogood’s The Adults (Haja) while touring New Zealand and Australia. Written in the depths of a destructive frustration, Biza’s new track forges a brutally honest ode to keeping yourself in check when faith is lost in the system, and trust in waning in others.

“I was woken one day by the truth, those demons tried to steal my youth”

Following two full years of writing and recording, growing the spiritual fruit for this new record, Biza emerges in a new chapter of his career and vision, finding a new freedom in the sound.

Having operated as a staunchly independent artist over the last decade, touring Australia, Europe, Africa by his own sheer force of will, this new chapter includes a signing to Australian independent label, Low Key Source.

“constant movement has shaped his music; it draws on his culture, and his experience growing up as a young African in New Zealand. His smooth flow is a tribute to the classic hip hop that raised him, his storytelling informed by his unique experience of being a New Zealander.” - The Spinoff

“Raiza's gravelly voice is urgent and unflappable on every cut.” - VICE

“Good music can remind you of a perfect moment— and a great song is seductive enough to leave you with that memory for life.” - Digital Serum

Speaking with a sense of urgency in his flowing baritone voice, his work has always carried a socially conscious heart, backed up by honest storytelling and captivating jazz/soul infused production as the aura to his words. Biza’s new material follows a new sound arch, and with those changes comes a newly found freedom.

A humble titan within the antipodean isles and Aotearoa’s underground scene, Biza has firmly planted roots, supporting the up-and-coming generation of local MCs and hip-hop producers. As the hearty driving force behind AmmoNation, Biza believes in the power of community and the sharing of knowledge.

A voice from within the African-South Pacific diaspora, Biza has strived to bridge the gaps of understanding and preservation of his experience in New Zealand, while also supporting his fellow artists on the same mission.

It all started with a dream.