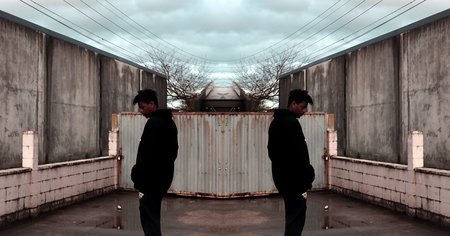 Following two full years of writing and recording, growing the spiritual fruit for this new record, Biza emerges in a new chapter of his career and vision, finding a new freedom in the sound. Written in the depths of a destructive frustration, ‘Stolen Youth’ forges a brutally honest ode to keeping yourself in check when faith is lost in the system, and trust in waning in others.

Speaking with a sense of urgency in his flowing baritone voice, his work has always carried a socially conscious heart, backed up by honest storytelling and captivating jazz/soul infused production as the aura to his words. Biza’s new material follows a new sound arch, and with those changes comes a newly found freedom.

A humble titan within the antipodean isles and Aotearoa’s underground scene, Biza has firmly planted roots, supporting the up-and-coming generation of local MCs and hip-hop producers. As the hearty driving force behind AmmoNation, Biza believes in the power of community and the sharing of knowledge.

A voice from within the African-South Pacific diaspora, Biza has strived to bridge the gaps of understanding and preservation of his experience in New Zealand, while also supporting his fellow artists on the same mission.

It all started with a dream.