Sid Diamond is one of New Zealand’s G.O.A.T. (greatest of all time) rap artists, and has never been afraid to speak out on issues that resonate with him particularly in support of those less fortunate in the community or who don’t have their own voice. His latest song, ‘Don’t Run’ (released today), puts the New Zealand education system under the spotlight with lyrics that speak strongly to the negative impacts of streaming in our schools. 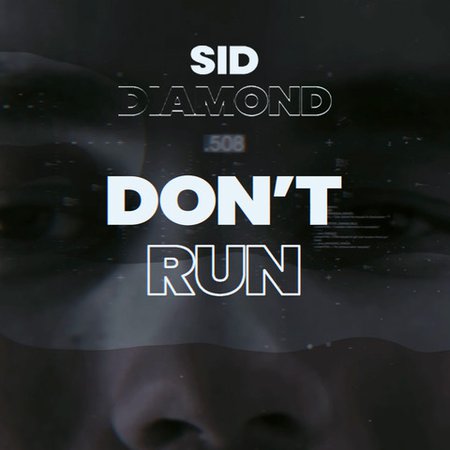 “With brilliant and hard hitting word play and flow, ‘Don’t Run’ is a song that challenges the New Zealand education system, and the media to look at the way Māori and Pasifika youth are treated and portrayed. It also serves to inspire rangatahi to be proud, and use their smarts in a positive way,” says Producer Philip Bell O.N.Z.M aka DJ Sir-Vere.

‘Don’t Run’ builds upon a long history of politically conscious Māori music, and is supported by research and big data to reveal unjust and invisible barriers that tell Māori ‘you aren’t good enough’.

Recent research tracking the journeys of nearly 80,000 rangatahi Māori through the education system (He Awa Ara Rau, 2020) has shown that ‘streaming’ – the practice of sorting classes in school based on their ‘perceived‘ abilities – is biased against Māori and Pasifika children, with a disproportionate number being placed in ‘foundation’ or bottom stream classes.  One-third of Year 11 Māori students are not enrolled in full Level 1 NCEA Maths, Science or English programmes – which, in turn, has a negative impact on their educational and career outcomes.

On how the song came about, Sid explains: “When I heard of the results of this research, I did what I feel I need to do as a Polynesian artist and wanted to create awareness in a positive way for our rangatahi to lead the way.

I went from a kura (Kia aroha) to a mainstream high school. At kura we learnt te ao māori, tikanga in a learning environment tailored to māori. When I went to a mainstream school the effort from the school from the top down made it feel like we weren’t wanted there. I was fortunate enough to enjoy learning so it didn’t bother me too much, and it wasn’t until after I left high school that I realised how bad the set-up is for māori/pacifka students.

In no way am I speaking for all rangatahi, because everyone’s schooling experience is not the same, but a lot of us are not able to have a happy experience in this mainstream way, and it shows through the stats that a very small percentage of us (māori/pacifika) are able to navigate this way of learning. It’s unfortunate but a large proportion of us can’t.”

Tokona Te Raki, rangatahi researcher, Madison Simons says, “What generally happens is that Māori internalise these negative stereotypes and lower their own expectations.  Artists like Sid call these stereotypes out by keeping it real with lyrics that cut to the heart of systemic racism in Aotearoa. His words inspire rangatahi to stand up to injustice rather than accept it, to have the self-esteem and courage to say ‘no more.”

Sid Diamond is considered Aotearoa music industry royalty, and has juvenile roots in the harsh streets of South Auckland. These days he is well respected as a Hawkes Bay based devoted family man.

He was a member of supergroup Smashproof, whose landmark track ‘Brother’ spent 11 consecutive weeks atop the New Zealand charts, an achievement that remains unbeaten today. On the flipside, Sid has spoken openly about his life on the streets, through cutting edge songs like ‘Put Your Colourz On’ as part of the Colourway Records collaboration, that has garnered over 2.4 million views.

With this type of resume, and as a two time Waiata Māori Urban Album of the Year recipient, there is literally no artist that can speak this type of narrative like Sid Diamond.

The track is released on all digital platforms now: