Silky-smooth songstress MIAKIE drops a gorgeous ambient tune with the R&B infused ‘FLICKER’, a soulful and evocative song reflecting on grief and loss. 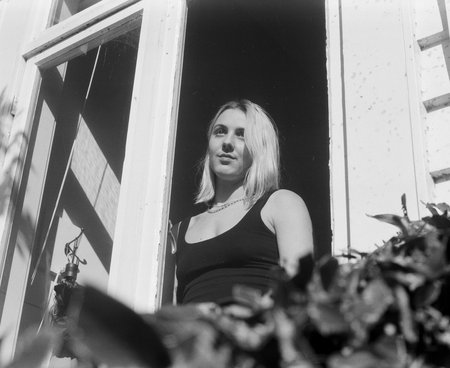 Making the move from Dunedin to Auckland and opening a new chapter in her musical journal, singer-songwriter Mia Söhnge has not just moved cities and switched her moniker from Mia Jay to Miakie, but is now also delving deeper into the R&B world that her previous two singles ‘Resonating’ and ‘Infatuated’ touched on. This most recent project sees the singer step up from her previous ‘home-recording’ style to a bigger, more refined sound.

Co-written late last year with renowned, award-winning Producer Devin Abrams, and mixed/mastered by Kelly Hibbert, Miakie delivers an effortlessly smooth and dreamy vocal performance, complemented by simple yet soulful production which creates the deeply lush vibe of ‘Flicker’. Spending eight days recording at Devin’s home studio, Miakie ultimately ended up with a new EP that she is excited to share in the coming months.

Says Miakie: “’Flicker’ came out on day four, at the end of a long day recording another track. It was really my first experience in delving into R&B, so it was super fun playing with different instrumentation to make the track feel more soulful. The bass really carries the track, and it’s lifted up by trumpets, keys and BV’s in a harmonic style I’d never experimented with before. I’ve been really lucky to work with Devin, and he has helped me to discover this newfound soulful and electric sound that is now Miakie.”

With ‘Flicker’, Miakie has delivered a relaxing R&B pop-infused track strong on lyrical intent that hits you in the gut with feeling. A song about grief and the process of grieving - whether it was reflection on the loss of a loved one or of a relationship, both recent or long ago - Miakie saw that there was lot of commonality in the deep feelings involved, and the way people deal with and express those feelings.

Explains Miakie: “What I found is that a lot of people have a place that reminds us of the person that we have lost, and it’s a place that can be really difficult to revisit. So that’s what the song is about. The verses are looking back on your time with that person, and being in that difficult place. The chorus takes you back to when you had time with them, but you knew it was running out. It’s like a candle that is burning down, but you can’t blow it out.”

Miakie has been growing her audience rapidly, garnering attention from music blogs, radio stations, and editorial playlists that are boosting her ever-growing streaming numbers – a certain indicator that she is on the right track, and fast establishing herself as one to watch in the local alt-pop R&B scene.