March 13, 2020: New Zealand singer-songwriter of the moment Reb Fountain reveals a new track off her forthcoming album Reb Fountain, due out May 1st on Flying Nun Records. 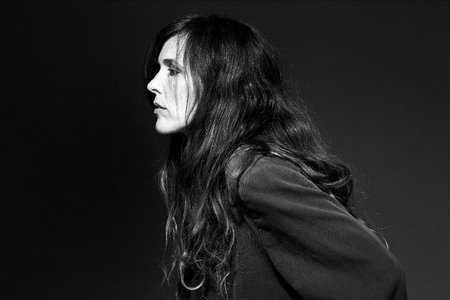 The airy new track has been released on a limited edition 7" split single ahead of Fountain's performance at WOMAD NZ this weekend. The 7" features the exclusive B-Side track ‘Round The Bend' which was recorded during the album sessions at Roundhead Studios.

Adding to the wave of news, Fountain is proud to announce her nationwide New Zealand tour in celebration of her forthcoming album. The extensive 10-date tour run covers the length and breadth of the country, where fans and folk-lovers can hear Reb Fountain up close and personal. See below for the full date list with ticketing information.

Directed by New Zealand filmmaker Lola Fountain-Best and filmed on black and white Super 8 film, the captivating video for ‘When Gods Lie' premiered earlier this morning on Consequence of Sound here. The video acts as a visual representation of the many sides of the human "self" as Reb explains: "the masks [created by Gabi Maffey and Kalvin Fountain-Best] represent the many sides of ourselves; the characters we interchange with and embody, play with and explore, as much as we ourselves are a caricature."

Speaking about the song itself, Reb explains its "the deeply personal experience of a lover letting me go, a friend dying too young, along with the more social rise/demise in the humanness of a once-beloved celebrity and the deep betrayal hidden within the folds of colonialism and/or religious fundamentalism. Perhaps most importantly one can deceive oneself and it is this awareness that the stories we tell ourselves shape our experiences - that empowers us. Once we have witnessed and felt ‘when gods lie' and chosen to see our part in the great fall, we are set free."

The recordings for Reb's self-titled record came together in the seasoned walls of Neil Finn's Roundhead Studios. This came about after Fountain was asked to perform, record and tour with Finn on his ‘Out of Silence' album. Longtime studio collaborator and Head Engineer at Roundhead Simon Gooding manned the helm of their 3 week recording and mixing stint, alongside fellow musical collaborator Dave Khan on producing duties and Chris Chetland (owner of Kog Studios) who mastered the final result. Joining Reb in the studio to record the album, Ben Woolley of The Yarra Benders and drummer Logan Compain provided the intuitive backing, along with cameos from Finn Andrews and Elroy Finn. Reb revealed the first track off the album in March 2019 with Faster, accompanied by a video on Super-8 film by Lola Fountain-Best.