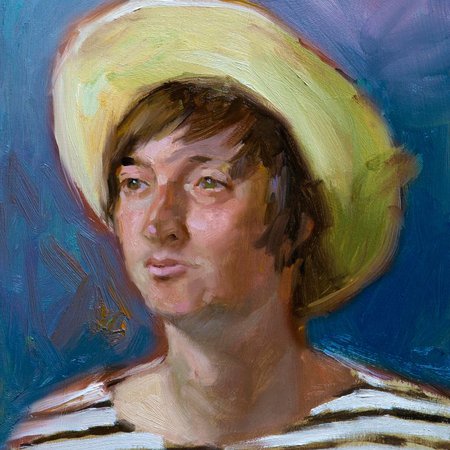 Loving Echoes is the first solo album by New Zealand recording artist Scott Mannion, co-founder of Lil' Chief Records (Jonathan Bree, Princess Chelsea, the Ruby Suns) now living and recording in a medieval mountain pueblo in Spain. A cult figure in the New Zealand alternative music canon, Loving Echoes is his first release in 15 years.
Relatively unknown outside of his home country, Scott Mannion won the hearts of critics in New Zealand with two albums released simultaneously in 2003, Caterpillar and Butterfly, as part of the duo the Tokey Tones.

Scott subsequently moved to the UK and was forced to take a break from music (though continued co-running Lil' Chief Records). However, he settled in a small medieval town called Chelva in the mountains outside of Valencia, Spain. Initially taking up an artist's residency run by experimental Dutch musicians Peter Bosch and Simone Simons, Scott eventually moved into a centuries-old house in the former Jewish quarter.

His weird and wonderful instrument collection gradually travelled across the sea and made its way to Chelva. His experiences coming out of a nine-year relationship inspired many of the songs he would write there, as did a chance meeting with a Greek-American painter who would become his future wife.Although most songs were written quickly, recording them was dragged out by Scott's self-described "perfectionism to the point of mental illness".

An older, more weary brother to the Tokey Tones music, ‘Loving Echoes' is delicate, fragmented and painstakingly arranged. It is bold and ambitious like anything from Scott's hero Brian Wilson, but at the same time understated (think Young Marble Giants) with the tenderness and fragility of Sparklehorse.

The album features cameos by Scott's New Zealand label-mates (Jonathan Bree on bass, Ryan McPhun playing drums and co-producing while Lawrence Arabia and Princess Chelsea contribute backing vocals and more) as well as some new Spanish collaborators. These collaborators include a string section, notably French Horn player and Catalan musician Clara Viñals who duets with Scott on ‘Somebody Else's Dream' and ‘Your Kinda Love' the lead single off the album which has over half-a-million streams across the various platforms.

The music videos off the album have been shot on Super 8 to give a consistent aesthetic and to repeat connected story elements/characters.

The title ‘Loving Echoes' is taken from a line in one of the songs ‘You Are The Substance That I Can't Live Without' ("still we speak those, loving echoes") which is itself a Kurt Vonnegut reference from Slaughterhouse-Five: "And on and on it went - that duet between the dumb, praying lady and the big, hollow man who was so full of loving echoes".