Following on from a decade-long career that has solidified him as one of the most impressive electronic exports from Australia, today, Perth’s own ShockOne a.k.a Karl Thomas, announces the launch of Dark Machine Records. With a clear vision in mind, Karl hopes to build a community that supports and promotes forward thinking bass music, and further to that, helps foster a more connected scene throughout Asia Pacific and beyond. Already scoping a wide range of talent for releases throughout 2020, Karl is looking forward to helping artists in realising their own creative vision, whilst also assisting them in being able to make a fair living from their craft. 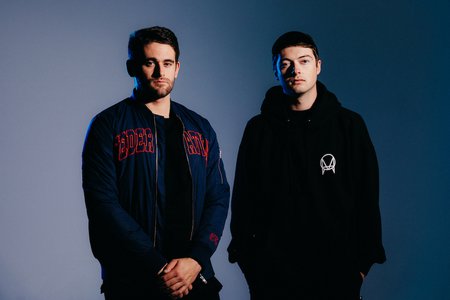 Partnering with Central Station Records for distribution and label services, General Manager Matt Nugent shares "we're super excited to work with ShockOne. When it comes to bass music, he's truly one of Australia's international ambassadors and has inspired so many Australian bass music artists with his achievements. We can't wait for the rest of the world to hear the amazing music he's got coming up on the label."

Taking the title of the inaugural release on Dark Machine Records, New Zealand duo Lee Mvtthews (made up of Graham Matthews and Tom Lee) have hit the ground running, with the heaving warehouse anthem ‘Turning Back'. Having met in 2013, the pair have gained a reputation for their infectious tunes, and becoming a staple of the NZ festival route. Their standout single ‘Nothing To Lose' from their debut EP SILHOUETTES, won them the honor of "Best Track of 2018" at the George FM awards, whilst also taking home the prestigious title of "Best Breakthrough Artist of 2018". Going on to release a slew of singles including ‘Stay', ‘Inside Out', and ‘Let Me Go feat. Embher' - the latter winning them "Best Track" for the second year running at the George FM awards, whilst also earning themselves "NZ Artist of the Year". Never ones to rest on their laurels, the duo went on to release their debut LP ‘Bones' in 2019. The lead single ‘Takeover feat. Nu' solidified their status as one of the most exciting new acts in dance music, charting at #1 on the NZ Dance Charts, whilst taking out the top spot on George FM's annual ‘Aotearoa Anthems' countdown.

Shedding some light on the new single, Tom shares "Turning back is a track we're both very proud of. It's got the high energy for the dance floor and still has a catchy hook to pull the listener in. Perfectly encompassing what we feel the "Lee Mvtthews" sound is." And with the single being Tom's second foray in vocals, Graham goes on to say "it feels great to put out a vocal track that feels totally Lee Mvtthews. Working with talented vocalists is an amazing experience and really adds a different flavour to the process but having something that is totally ours feels like an achievement in itself. We can't wait to share this with the world."

ShockOne's decade long career was ignited by the drum and bass classic 'Polygon' taken from the debut EP 'ShockOne' released on Viper records in 2009. Followed up by the critically acclaimed debut album 'Universus' in 2013 featuring hit singles 'Chaos Theory', 'Lazerbeam' and 'Home', which became a #1 ARIA album in Australia, whilst also charting across New Zealand and the UK. Off the success of the record, Karl relocated to London touring the album extensively throughout Europe and the UK. Between tours and festivals Karl produced a string of singles and remixes for the likes of DJ Snake, Dillon Francis, NGHTMRE & What So Not to name just a few. Then in 2019, Karl released his long awaited sophomore album 'A Dark Machine' via Warner Music and licensed it to Monstercat Records in North America. With massive streaming success across the LP, in particular for singles 'Underloved', 'Pray For Me', 'A Dark Machine' and 'Run' featuring Italian powerhouse The Bloody Beetroots. Having worked with independent and major labels Karl is now excited to be building his own label Dark Machine Records, helping develop a roster of diverse bass music artists while continuing to work closely with Monstercat in North America.

With a slew of incredible artists already signed to the roster, including Elliot Sloan, Ekko & Sidetrack, and the forthcoming debut from Brisbane native Quinn Karter, the team behind Dark Machine Records are looking forward to a 2020 stacked with new releases. Further celebrating the new venture, ShockOne is opening the doors to his Dark Machine Warehouse, taking place on 31st October at Centenary Warehouse in Perth - this highly anticipated, 3,000 capacity event, sold out in under a week.

Lee Mvtthews' new single ‘Turning Back', is out now on Dark Machine Records.