New Zealand singer-songwriter BRIAN BAKER today celebrates the release of his latest 5-track EP OPEN UP YOUR HEART, a collection of new and re-imagined tunes, recorded at his Kaipara-based studio facility. 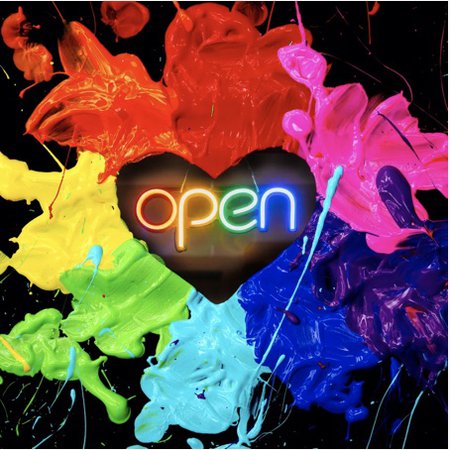 A new arrangement on a song he originally wrote back in 2018, focus track ‘Open Up Your Heart’ is a cruisy, care-free, electro-dub ear-worm with an ageless and universal message which Baker says “is simply an appeal to lift up our hearts and embrace love.”

The EP also includes another earlier song Baker had co-written with former Split Enz musical maestro Eddie Rayner when they had the band The Makers, the revitalised foot-stomping track ‘New Kind Of Blue’.

With ‘Fool’, the big groove and guitar riff with its catchy chorus make this an instantly radio-friendly tune, followed by a dreamy instrumental Baker composed titled ‘Blue Water Meditation’, which showcases his guitar skills.

To round off the EP, Baker surprises even himself by including a slightly tongue in cheek cover version - a charged up arrangement of the Tori Amos song ‘Cornflake Girl’.

“We were doing a live TV show as The Makers in Sydney back in the early 1990’s”, says Brian.  “And the other musical guest on the show was Tori Amos doing a piano vocal performance of ‘Cornflake Girl’. We were blown away by her immense talent and this particular song. I’ve always wanted to do my own rock guitar treatment on it, and here it is.”

The consummate journeyman musician is also a laid-back bohemian life-styler, living off-the-grid on his permaculture farm in the picturesque heart of the Kaipara. It’s a busy combination, as Baker balances life between running the farm and all that entails, with using his considerable musical talents recording and producing artists in his production studio, ‘The Bakery’.

A naturally gifted musician, Baker can lay claim to a catalogue of songs sure to warm the musical soul of any audience member. Now, with the release of Open Up Your Heart, Baker is keen to change gears and make a return to performing live in support of it. He’s created a fantastic live show highlighting his uplifting vocals and amazing guitar skills, so keep a look out for his tour dates and make sure you check out this talented guitarist/singer-songwriter.