SIX60: Till the Lights Go Out Documentary

Notable Pictures is proud to release SIX60: Till the Lights Go Out in New Zealand & Australian cinemas now. This is our third feature film and the most anticipated yet. Don't miss out on seeing the "crazily epic" (Stuff.co.nz) untold story this opening weekend. 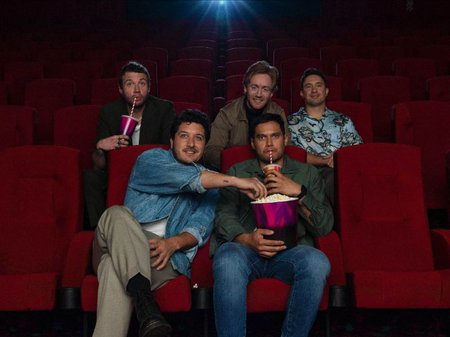 Harnessing the fighting spirit of the rugby field, SIX60 transformed a desire to win into musical domination previously unseen in Aotearoa. This feature documentary, by Julia Parnell, captures the band as they’ve never been seen before. Woven with stunning vision of their record-breaking stadium concert, a unique Kiwi sense of humour and the band's creative vulnerability, the film reveals a group of men who must confront the true cost of never giving up.

Director, Julia Parnell, says, "It has been fascinating for me to be invited behind all the perceptions and learn about SIX60's true hearts. They have taught me a valuable lesson in how to create & care about your art before handing it over to the people and the fans for it to then become their own. So, I now hand this film over to you all."

Produced by Notable Pictures in association with the New Zealand Film Commission and NZ On Air, SIX60: Till The Lights Go Out will surprise even the band's most ardent fans.

Thank you to everyone who has helped support this movie along the way. The film is now available across our country on the big screen. We hope you enjoy it!

www.six60movie.com
Back to Artist News